Lady Gaga Delivers Drama in a Gown Covered in 23,000 Crystals at National Board of Review Awards 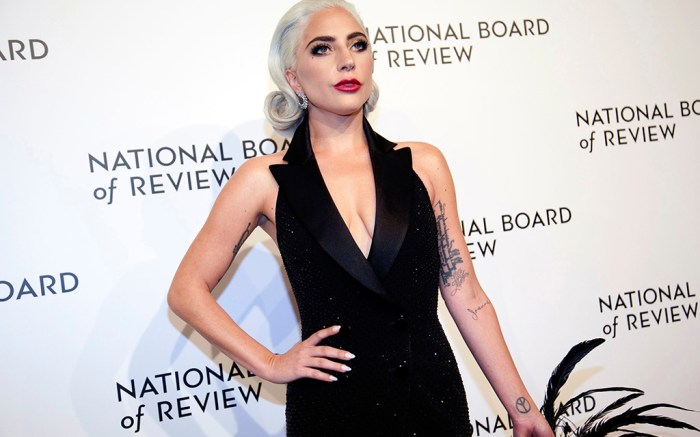 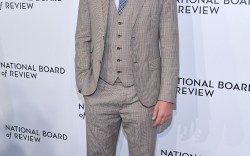 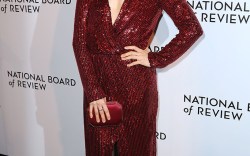 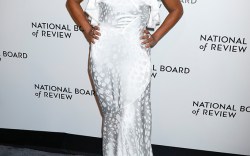 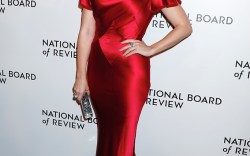 Lady Gaga is on one helluva style streak. After flooding social media with her unforgettable periwinkle blue Valentino couture gown at the 2019 Golden Globe Awards (and her equally unforgettable 7-inch Giuseppe Zanotti stiletto boots that, unfortunately, no one saw), the award-winning musician is back on the red carpet with another stellar look.

At the National Board of Review Awards held at Cipriani in New York last night, the “A Star Is Born” star graced the gala in a much darker, slinkier ensemble — a complete departure from what she had worn just two days prior. She made a dramatic entrance in an inky custom Ralph Lauren black tuxedo gown covered in more than 23,000 black crystals, featuring a double-breasted front, plunging neckline, thigh-high slit and long train.

She upped the glam by carrying (as opposed to wearing) a cropped hand-painted gold and black feather Ralph Lauren cape as a purse and finishing her entire outfit with diamond Messika spiral earrings, slicked-back blond hair, a bold red lip and a pair of black satin Gianvito Rossi Rasnero pumps, which retail for $695.

Lady Gaga won the award for best actress for her performance as Ally Maine in “A Star is Born” at the National Board of Review Awards gala, and in her nearly 15-minute-long speech, she opened up about her painful past and how she funneled it into her role. “I had to reflect on an earlier time in my life, in high school and earlier when I was bullied,” she said. “I was traumatized by people telling me over and over again that I wasn’t and couldn’t become who I dreamed of becoming.”

She thanked Bradley Cooper (who accepted the award for best director): “I would not be standing up here without you,” Gaga said. “Thank you for believing in me and being the costar, visionary, and friend. You made me a way better actress.”

Click through to view celebrities at the National Board of Review Awards gala.