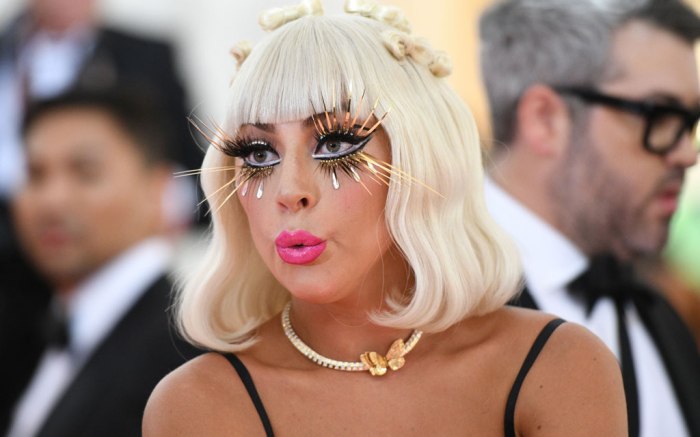 Her creative team, Haus of Gaga, pulled together the collection with costumes, gowns and accessories, footwear included.

“It’s been a dream to create all of her outfits in one place,” fashion director Nicola Formichetti told WWD. “We want to keep the magic of the past so fans can enjoy the moment now.”

One item on display? The infamous meat dress designed by Franc Fernandez for the 2010 VMA Awards (it’s been preserved and turned into jerky), along with the shoes and headpiece Gaga paired with it.

Other standouts include custom-made sunglasses adorned with burnt cigarettes from the “Telephone” music video and the space-age Armani dress the pop star wore at the 2010 Grammy Awards.

Pieces will rotate through the exhibition — looks will be swapped out during the hiatuses between Gaga’s residency shows — giving Little Monsters a reason to keep coming back.

Called Haus of Gaga/Las Vegas, the exhibit does not have an entry fee. Visitors are encouraged, however, to make a donation to the singer’s Born This Way Foundation, which she founded in 2012 to empower young people. Select items will go up for sale, with proceeds from the auction benefiting the star’s Foundation.