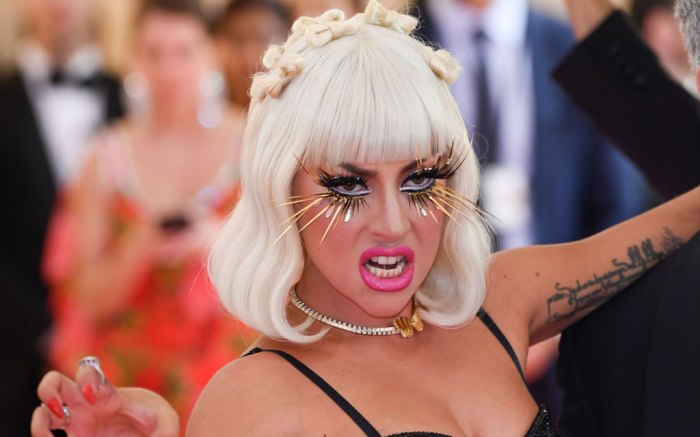 The Met Gala is one of the buzziest events on the fashion calendar year — and it seemed like everyone was talking about last night’s gala on social media.

While there were plenty of swoonworthy red carpet looks, Lady Gaga’s appearance at the New York event was the most worthwhile in terms of a key statistic: earned media value.

According to InfluencerDB, the EMV of Gaga’s appearance clocked in at a whopping $3,451,596. EMV calculates the monetary value of word-of-mouth mentions (which are key in drumming up buzz for influential people and brands). The “A Star Is Born” actress was also the most-mentioned on Instagram of any Met attendee, with 994 accounts posting photos of her featuring the phrases #metgala, #metgala2019 or “Met Gala.”

The pop star wore not one but four looks on the Met Gala red carpet, starting off in a voluminous pink Brandon Maxwell dress and ending in a lingerie set complete with 10-inch Pleaser boots. With the “Born This Way” singer also serving as one of the night’s co-hosts, it’s no surprise that she got people talking.

Her fellow co-host Harry Styles was the No. 3 person in terms of EMV, generating a worth of $1,711,106. The ex-One Directioner hit the red carpet in a gender nonconforming Gucci look that included a sheer shirt, black trousers and low-heeled boots.

Unsurprisingly, members of the Kardashian-Jenner clan claimed the other three spots in the top 5. Kylie and Kendall Jenner twinned in over-the-top feathered Versace looks, with Kylie in purple and Kendall in orange. The sisters generated $1,772,696 and $1,499,375 in EMV, respectively, to earn the No. 2 and No. 5 spots on the list.

Meanwhile, their older sister, Kim Kardashian, brought in an EMV of $1,516,929 to notch place No. 4. Kardashian walked the red carpet in a nude-illusion dress covered in see-through droplets that was custom-made for her by Thierry Mugler.

The Kardashian-Jenners’ ability to generate social buzz translates into big money for them. A report released last week shows that Kim earns between $300,000 and $500,000 per sponsored Instagram post — with mom Kris Jenner revealing that her girls charge the biggest buck to endorse pharmaceutical products.

Scott outfitted a host of celebrities on the night, including Perry, Bella Hadid and Gwen Stefani. Meanwhile, Michele served as a co-host on the evening — dressing up Styles and Jared Leto.

“Both of these designers received 175 fewer mentions each than the next person on the list. That means that these two designers are incredibly influential with influential people,” an InfluencerDB representative said. “On average, each mention of Jeremy Scott or Alessandro Michele was worth about $10,000 in earned media value.”

Scott and Michele were the only two with under 20 million Instagram followers to make the list (Scott has 2.2 million, while Michele has 555,000).

Click through the gallery to see all the celebrity arrivals at the 2019 Met Gala.

Below, see top shoe players’ advice for their younger selves.