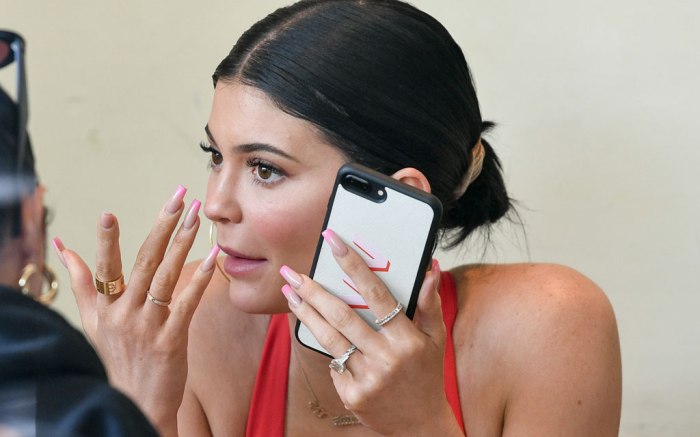 Kylie Jenner, who makes the bulk of her fortune through her Kylie Cosmetics company, stepped out on Wednesday in Los Angeles wearing Adidas Falcon kicks.

The retro kicks featured a chunky flared sole and sculpted patterns, retailing for $100.

Jenner completed her casual ensemble with some bling, choosing slim hoop earrings and a smattering of rings. Her hair was pulled back in a tight bun, and she opted for a laid-back makeup look.

An Adidas ambassador since August, the 21-year-old starred in the brand’s campaign for the Falcon, posing in a number of throwback styles. The “Keeping Up With the Kardashians” star is just one of a few members of the famous family to team up with the German sportswear company. (Older sister Kendall and brother-in-law Kanye West are both affiliated with the brand, with the former serving as an Adidas Classics ambassador and the latter designing the Adidas Yeezy line.)

“As a lifelong fan of the brand, Kylie embodies the bold spirit of Falcon, and we are pleased to announce her as the face of the campaign,” an Adidas spokesperson said at the time. The influencer worked with Puma before switching over to the Three Stripes.

Click through the gallery to see Kylie Jenner modeling the Adidas Falcon.