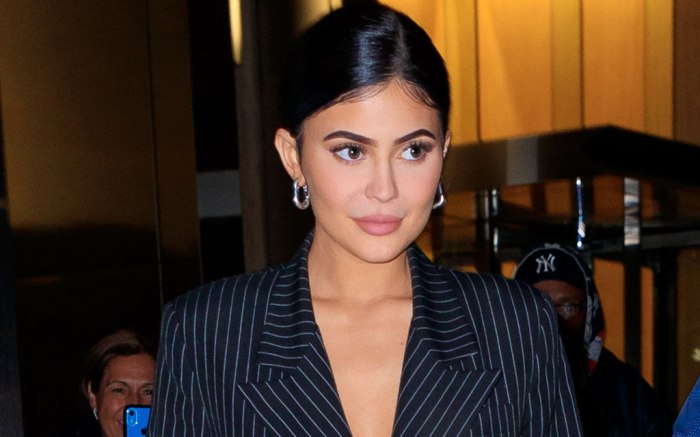 Jenner, who will turn 22 on August 10, took to Instagram yesterday to promote the bold shoes by posing in a bikini in the same vibrant neon hue. She simply captioned the shot, “New New,” and added a sneaker emoji along with three green hearts. The “Keeping Up with the Kardashians” reality star’s pal Sofia Richie commented on the post “So gorg 😍.”

Jenner made her debut as an Adidas brand ambassador with a campaign highlighting the ultra-hyped Adidas Falcon sneakers — another chunky ’90s-inspired dad shoe. “As a lifelong fan of the brand, Kylie embodies the bold spirit of Falcon, and we are pleased to announce her as the face of the campaign,” a spokesperson for Adidas said in a statement.

Flip through the gallery to check out some of Kylie Jenner’s best street style moments.