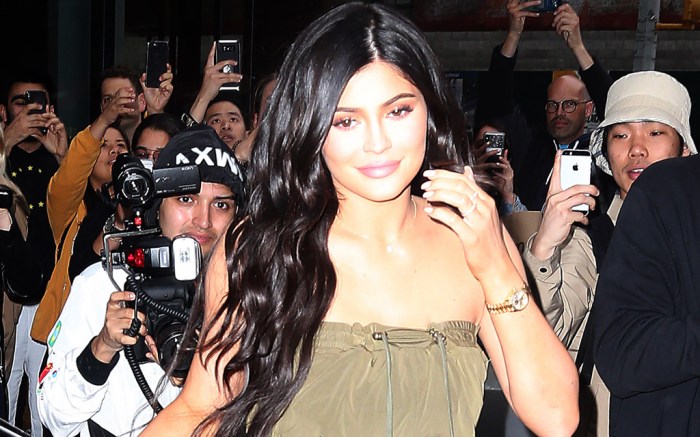 Kylie Jenner added a new line to her resume last week when a clip of her singing “Rise and Shine” to daughter Stormi went viral. And Rob Kardashian embraced his little sister’s memeable status on Instagram yesterday, posting a video of her mouthing the words to her hit.

In the clip, Jenner wears a python-print bodysuit — embracing the snakeskin trend that’s so big for fall ’19. The print is popular in various colorways and fabrications, slapped on everything from T-shirts to dresses to boots.

The Kylie Cosmetics businesswoman completed her casual look with a pair of fluffy Louis Vuitton slippers. The shoes feature a mink fur upper printed with the label’s monogram, a cozy mink lining and a flat sole. They’re available to shop in pink or beige on Louisvuitton.com for just over $1,500.

Jenner is worth $1 billion, according to Forbes, making her the youngest self-made billionaire in the world. While the bulk of the “Keeping Up With the Kardashian” star’s earnings come through her eponymous makeup empire, she’s also involved in the fashion space — through her work as an Adidas ambassador and through her Kendall + Kylie apparel and accessories label. Additionally, she makes money from her Instagram account, reportedly earning $1.2 million for each sponsored post.

Flip through the gallery to see Kylie Jenner’s best statement shoes over the years.