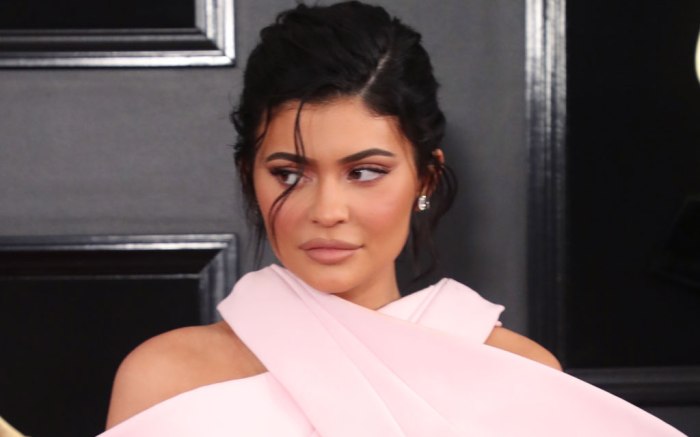 Stormi Webster has inherited her mom’s love for fashion.

Reality star and makeup mogul Kylie Jenner shared a sweet snap of her daughter carrying a baby-sized hot-pink Birkin bag, complete with a pair of flat ankle-strap sandals in a trendy metallic gold finish. She was also seen wearing a knitted cream-colored one-piece with tassel detailing.

Jenner shared another clip of the 1-year-old clad in her adorable outfit and holding on to her purse as she walked alongside father Travis Scott.

The rapper is shoeless in the clip, wearing only black socks with a T-shirt and baggy sweats while helping his daughter strut down a couple of steps.

“She won’t let go of that purse 👛 😫,” Jenner captioned the video, which has already been viewed more than 20.6 million times.

Although the 21-year-old rose to fame through her family’s TV show, “Keeping Up With the Kardashians,” she has developed major star power of her own. Jenner has notably reached billionaire status, with a great amount of her wealth coming through her Kylie Cosmetics brand. She also boasts more than 130 million followers on Instagram alone and made additional income through sponsored posts for brands like FashionNova.

Jenner, who was once a Puma ambassador, is now affiliated with Adidas — the same brand with which brother-in-law Kanye West and sister Kendall Jenner have their own deals.

Click through the gallery to see Kylie Jenner’s street style.