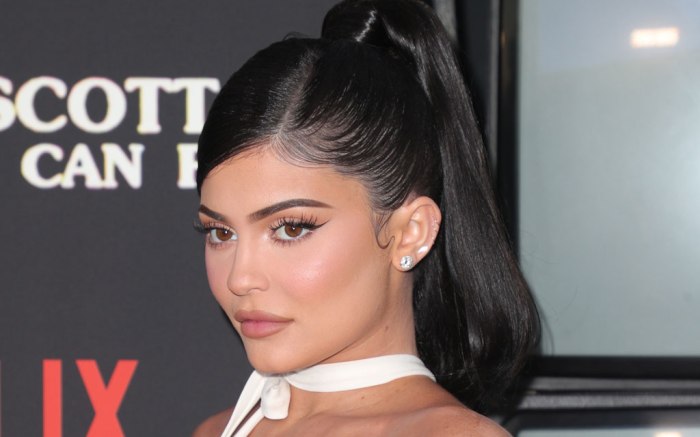 Kylie Jenner may be a billionaire, but even she loves a good shoe deal.

Aside from the shoes, Jenner’s look was designer. She sported a Balmain dress and purse. The frock was a black sequined minidress with padded shoulders ($3,956 from Farfetch.com), while the suede, fringed handbag (called the B-Buzz 23) costs $1,895.

The budget-friendly heels were from Femme Shoes. They feature a pointed toe, thin ankle strap and 4.5-inch stiletto.

Jenner has opted for Femme’s shoes before — going for a similar high-low mix. She wore a $140 pair of clear mules from the brand in May, teaming them with a $2,290 crushed velvet minidress from Balmain.

The A-lister built her billion-dollar fortune mostly thanks to her Kylie Cosmetics brand, which Forbes estimated as being worth $900 million. Jenner also has a foothold on the fashion industry. She rakes in money from her and sister Kendall’s Kylie + Kendall clothing and accessories line, as well as from a partnership with Adidas.

Additional sources of income for the star include Instagram (she reportedly earns $1 million per paid post) and her family’s long-running reality star, “Keeping Up With the Kardashians.”