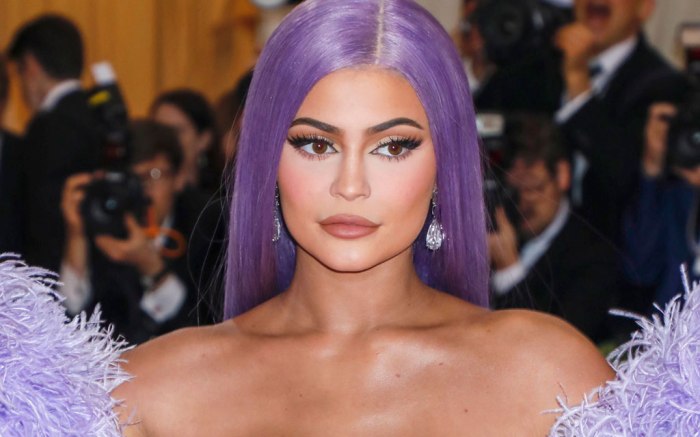 Kylie Jenner broke up an all-black look with her white sneakers yesterday on Instagram.

The 22-year-old reality star posed on a staircase clad in a long black coat and cropped leggings.

On her feet, the Kylie Cosmetics businesswoman wore Adidas Originals Stan Smith sneakers, choosing an all-white pair with perforated stripes and a signature Stan Smith tongue label. Named after one of the all-time tennis greats, the silhouette has been around since the 1970s. In 2014, it won the inaugural FN Achievement Award for Shoe of the Year.

Jenner’s exact pair of Stan Smiths sells on Adidas.com for $100.

The Jenner sisters also work together in the shoe space through their Kendall + Kylie line, which includes apparel, footwear and accessories.

In 2019, Jenner made headlines aplenty when Forbes named her the world’s youngest self-made billionaire. The majority of the star’s fortune has come through her beauty empire, with her namesake label worth at least $900 million, per Forbes.

Click through the gallery to see Kylie Jenner’s best shoe style over the years.