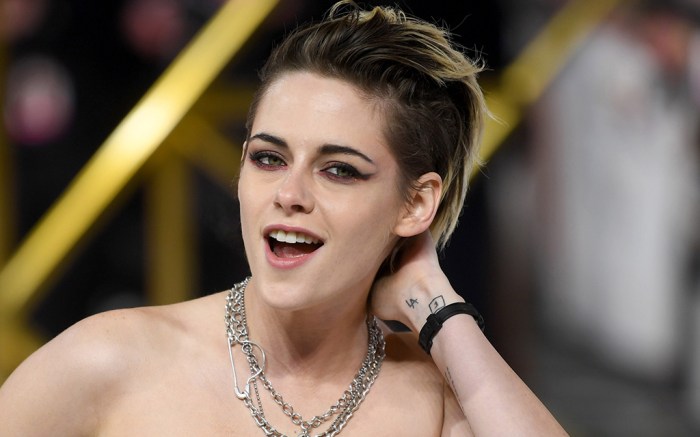 Kristen Stewart has ditched her heels for bare feet on the red carpet before, but her latest swap involved a pair of Nike Cortez sneakers.

The stilettos underscored the glamour of her look, but Stewart, who is often seen in low shoes, changed into sneakers while on the red carpet. A member of her staff helped her exchange the sandals for Nike Cortez sneakers.

Stewart selected her kicks in a classic black-and-white colorway. The shoe has a low-cut collar, rubber outsole and leather upper; it retails for $75 on Nike.com.

Today, Stewart wore her Nike Cortezes again at a “Charlie’s Angels” photo-call. She teamed the kicks with light-wash blue jeans, which she rolled up at the cuffs, and a gray blazer.

While the “Seberg” actress has famously protested against the Cannes Film Festival’s high heel mandate, she often sports stilettos on the red carpet, including at the Los Angeles premiere of “Charlie’s Angels” earlier this month. There, she paired a sparkly Germanier minidress with Le Silla pumps.

“Charlie’s Angels” is out in theaters now. Stewart stars alongside Naomi Scott and Ella Balinska as the titular angels.