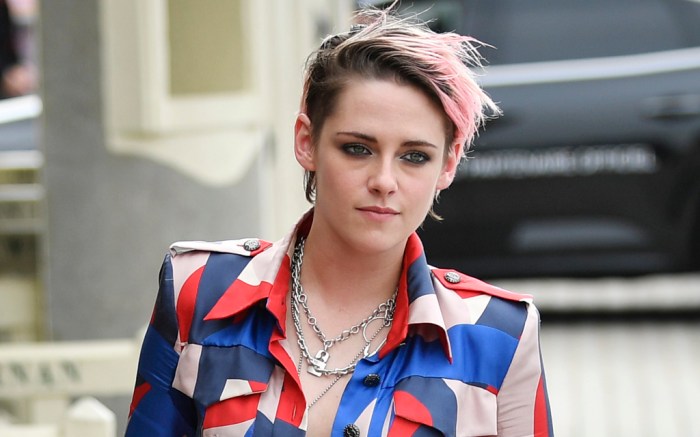 Kristen Stewart made an appearance at the Deauville American Film Festival today in an uncharacteristically tall pair of heels.

The pink-haired actress unveiled her cabin sign at the festival in Deauville, France, wearing a patriotic red white and blue patterned button-down top with knee-length black shorts. Receiving a cabin sign at the Deauville Film Festival’s Promenade des Planches is a high honor, similar to that of a star on the Hollywood Walk of Fame.

Stewart’s shoe of choice for the outing was in contrast to her recent preference for comfort footwear such as Tuk’s black leather “Viva” creepers and Christian Louboutin brogues, which she wore during the Venice Film Festival in August.


The actress is known for her daredevil shoe moves, kicking off her red-bottom heels on the red carpet at the Cannes Film Festival in 2018. Her typical fare includes sneakers and combat boots rather than stilettos for appearances and outings.

Click through the gallery to see Kristen Stewart’s best shoe styles throughout the years.