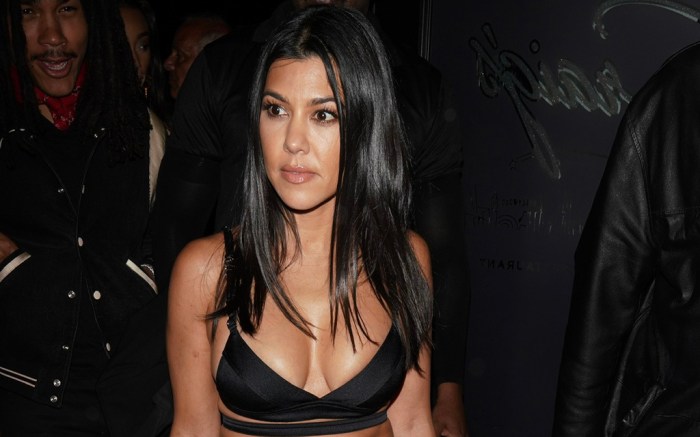 The 40-year-old wore a pair of black trousers but spiced them up with a blue feathered belt. She matched the pants with a bra top complete with two straps that wrapped around her belly.

Finally, she wore a pair of open-toe sandals with red and black straps that peeped out from under the pants.

She was joined by actor/influencer Luka Sabbat and model Winnie Harlow, who walked down the street holding hands with Kardashian while wearing an oversize T-shirt as a dress with the word “Kool” printed on it. She accessorized the ensemble with a thick chain-link necklace layered with thin chains and a navy blue and white Dior bag. Harlow also wore a pair of strappy sandals with straps that wrapped around her ankles.

Sabbat matched the “Keeping Up With the Kardashians” star in a black outfit. The 21-year-old wore a pair of black pants along with a black baseball jacket and a red bandana tied around his neck to give the ensemble a pop of color. The “Grown-ish” star wore a pair of black tasseled loafers.