Kim Kardashian and Kylie Jenner Are Teaming Up on a Fragrance 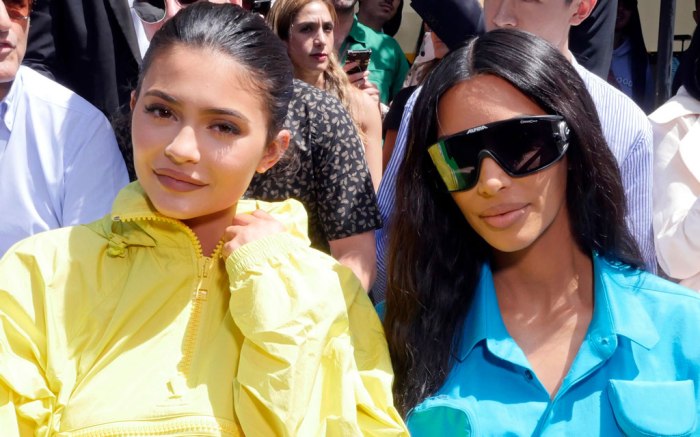 Kim Kardashian and Kylie Jenner may both have beauty empires, but there’s no competition between the famous sisters.

Kardashian announced yesterday that they teamed up on a collection of three scents slated to release under her KKW Fragrance brand.

Sharing the news with her 134 million Instagram followers, the “Keeping Up With the Kardashians” star shared an image of the sisters lying in front of a giant pair of lips while holding the lip-shaped perfume bottles.

Kardashian wears a form-fitting, one-legged catsuit in blue in the shot, with her long hair flowing over her shoulders. She wears a clear sandal on one foot, while the other is barefoot under the catsuit leg.

Jenner, meanwhile, is clad in a pink version of the risqué suit, with the same clear sandals.

The fragrances launch on April 26 on Kkwfragrance.com; the price point is $40.

Both Kardashian and Jenner have successful beauty brands of their own (KKW Beauty and Kylie Cosmetics, respectively). Kylie Cosmetics has made the younger sister a projected billionaire by some financial publications; she earns additional income through her social media accounts and from paid partnerships with brands like Adidas). Kardashian’s husband, Kanye West, is also an Adidas partner through his buzzy Yeezy sneaker and apparel line; their sister Kendall is an Adidas Classics ambassador.

Click through the gallery for more of Kylie Jenner’s style.

Watch the video below to see a behind-the-scenes look at Bella Hadid’s FN cover shoot.