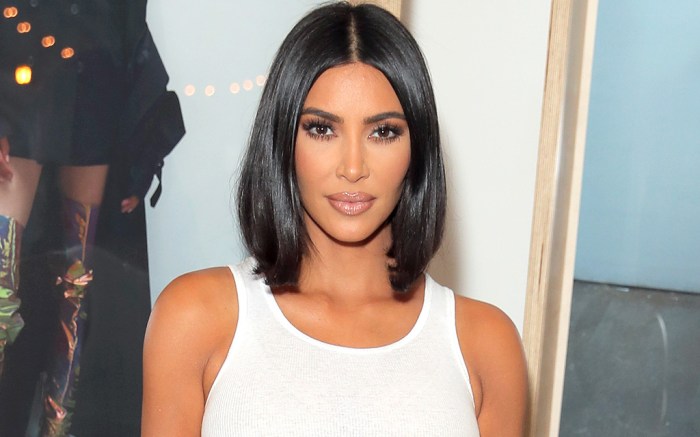 North West may only be 6, but mom Kim Kardashian is already seeking out her styling advice.

Kardashian shared a photo on Instagram yesterday from a recent fitting — which she said North “wasn’t feeling.”

I guess she wasn’t feeling this fitting!

On her feet, Kardashian tested out two different shoes, both sold out and from husband Kanye West’s Yeezy label.

One shoe was a trendy snake-print pump from West’s Season 6 collection, which featured a 3-inch heel and a python skin upper. The second was a Yeezy Season 7 translucent, PVC pump in the same shade as Kardashian’s skirt — adhering to the neon trend.

Meanwhile, little North wore a blue striped pajama set with white sneakers as she hit in a rack of her mom’s clothes. The elementary schooler is already a big fan of fashion, frequently experimenting with items from her mother’s closet.

When it comes to fashion, Kardashian is a big supporter of West’s designs. By far the brand she most frequently sports is Yeezy. West’s more high-end apparel and footwear — as well as sneakers from his ongoing Adidas collaboration — are favorites of hers. Other shoe designers she’s sported include Stuart Weitzman, Prada and Balenciaga.

Click through the gallery below to see Kim Kardashian’s most body-confident looks.

In the video below, influencer Arielle Charnas discusses motherhood, where she shops for kids and more.