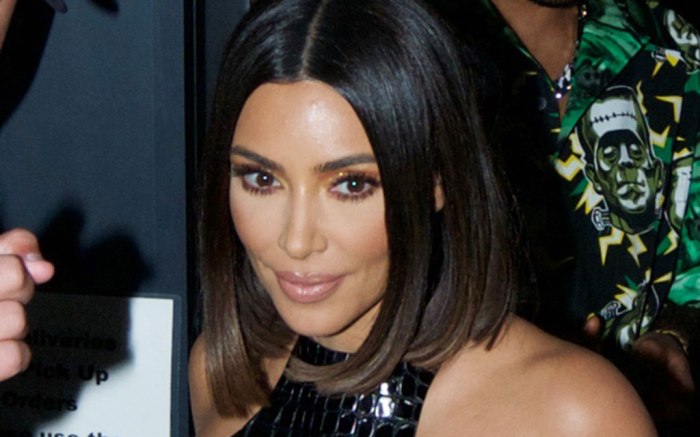 Money, fame and an extra toe. Who said you can’t have it all? Certainly not Kim Kardashian.

Twitter and Instagram are known for netizens with irreverent humor, and some eagle eyes behind the social network spotted what they believe to be Kardashian’s sixth toe in an advertisement featuring the E! fixture alongside her youngest sister, Kylie Jenner.

Well in other news, Kim Kardashian has 6 toes?? pic.twitter.com/uOtM1HNm8n

The image, promoting her new fragrance out Aug. 23, was shared yesterday on the KKW beauty mogul’s Instagram page and has already racked up nearly 3 million likes — and along with it, a torrent of comments about her piggies.

Kylie’s favorite is the nude bottle, I think mine is the pink! She’s been wearing my perfumes forever so this collab is extra special because I know how much she loves the process. Finding her perfect scent was impossible so we narrowed it down to her three favorites! Kkwfragrance.com Aug 23rd.

Kardashian and Jenner are seen in bodysuits, completing the looks with Kardashian in translucent PVC sandals and Jenner in see-through PVC pumps.

Enlarged photos show an extra fold of skin tucked behind Kardashian’s fifth toe, which should have the appearance of a pinky toe, but resembles an additional ring toe. Curiously, other than her big toe, the five others are aligned at the same length. Typically, pinky toes are comparatively much smaller than their counterparts.

“@kimkardashian did you get toe-shopped? 6 toes!” commented @aliurippe on Instagram. Another user continued,  “Kim has 6 toes. Zoom in @mariarose615 Do you think she is starting a new trend?” said @josettembmilli.

While the queen of contour was on the receiving end of most of the snarky comments, another user observed the unusual curvature of one of Jenner’s arms, which seemed to defy anatomical norms and took on the shape of an hourglass silhouette like that of her famous figure.

“They messed up so hard on this edit lol,” noted @jiminsta7. “Kylie’s arm and Kim’s goddamn 6 toes.”

For those who remain unconvinced, Kardashian’s pedicurist certainly knows the truth of the matter.