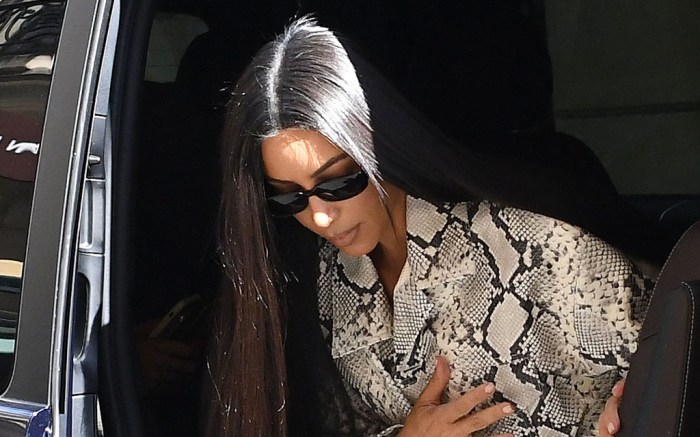 Kim Kardashian made a quick turnaround after spending her Sunday at husband Kanye West’s church service.

The reality TV star arrived today in Paris wearing a head-to-toe python ensemble that had all the makings of a 2019 trend.

Her coordinated look featured a snakeskin jacket over a matching pair of textured pants and Yeezy mid-calf boots (which are currently 30 percent off), complete with a set of blackout sunglasses.

In her last visit to Paris early March, Kardashian was spotted in a similar look, wearing two outfits in head-to-toe cheetah prints. This time around, she chose reptile patterns through a set of pointed-toe heeled snakeskin boots in the same hue as her matching suit.

Python is one of the biggest trends of the season, with the mother-of-three’s look matching her own daughter’s ensemble from yesterday’s outing.

Click through the gallery to see some of Kim Kardashian’s most body confident styles over the years.