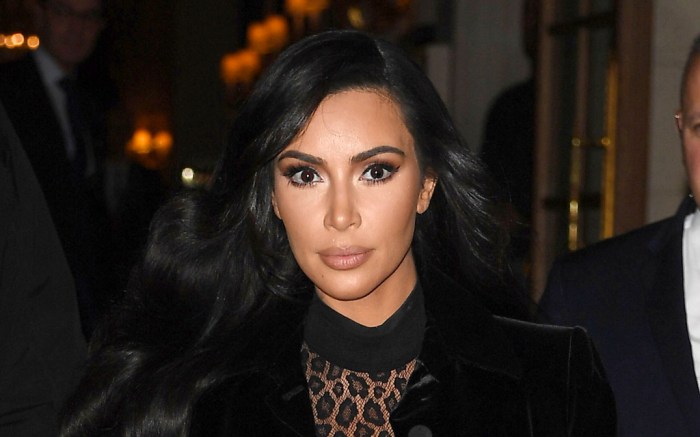 Kim Kardashian gives credit where credit is due.

The Instagram account @DietPrada is famous for finding designers and celebrities who have similar, lookalike designs. Recently, they’ve been calling out the KKW beauty mogul for taking inspiration from supermodel Naomi Campbell’s style, and it seems Kardashian is setting things straight by going directly to her source of inspiration.

She posted a series of photos to her personal Instagram today seen wearing a vintage Versace dress paired with strappy gold sandals. She captioned the post “Naomi Forever” and even tagged Campbell.

The caption and pictures were a reaction to the below post calling out Kim for wearing the same Versace dress as well as several others that Campbell wore first in the 1990s. They captioned the post: “Hey Fashion Nova, here’s a tip… you can just go ahead and copy any ’90s Versace Naomi wore instead of secretly collaborating with Kim lol.”

The caption also referred to their claims that Kardashian collaborated with retailers like Fashion Nova and Misguided to create lookalike designs, though she took legal action against Misguided in February for alleged trademark infringement among other claims.

See Kim Kardashian’s most body-confident styles over the years.

Kim Kardashian Is Suing This Retailer for $10M, Says It’s Profiting Off Her Fashion Moments

‘Ring the Alarm!’ Virgil Abloh Responds to Plagiarism Accusations After Watchdogs Turn Up the Heat