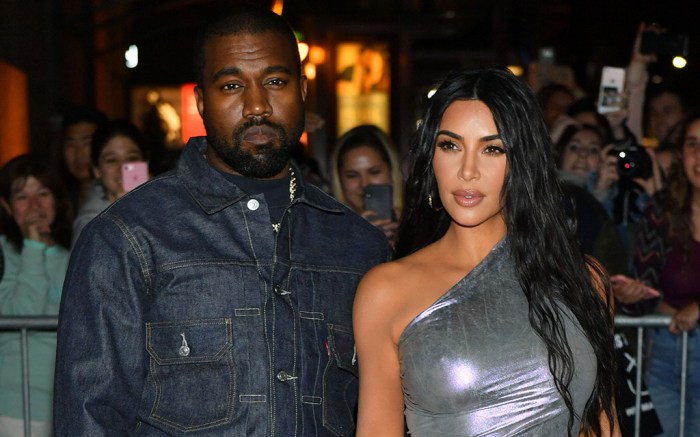 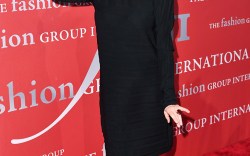 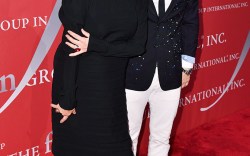 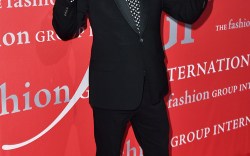 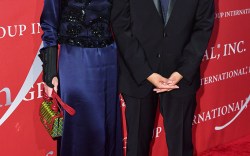 It was a starry night, indeed. Kim Kardashian and Kanye West joined other boldface names to celebrate outstanding achievement in several fashion and creative fields.

Kardashian had on a metallic top with a matching long skirt, jewelry by Hunrod and Manolo Blahnik sandals. The Scolto silhouette featured PVC straps over the toe and midfoot on a stiletto heel. West wore a denim-on-denim set — a Canadian tuxedo — that included a jacket and jeans with Yeezy 700 V3 sneakers.

Brandon Maxwell, who debuted his collection in 2017, was named Fashion Star. Speaking to FN, he recalled his early days as a stylist and working with Lady Gaga.

“I was a stylist for many years and obviously she’s one of my best friends in the world,” Maxwell said. “It’s less a working relationship and more like collaborating with my sister. It’s been important to make public memories, but most importantly, personal ones.”

Asked about the next “It” shoes, the “Project Runway” judge confessed he’s “the wrong person to ask.”

“I’ve been wearing the same shoes for 10 years that I’ve had resoled for 10 years,” he said of his Balmain boots.

For Simon Doonan, creative ambassador at large for Barneys New York, a return to higher heels for men would be an ideal footwear trend. “It would be fun if men’s shoes got much higher again, like they did in the ’70s,” he said. “As a short man, I used to wear platforms; it would be great to be back.”

Ahead of the awards program, Authentic Brands Group announced the details of its deal to acquire Barneys from bankruptcy.

Doonan added that the evening was especially meaningful because his husband, home furnishings retailer and designer Jonathan Adler, was being recognized for his career. “It means a lot to me to be here tonight because Jonathan Adler, my husband, is getting the Brand Heritage award with all of these incredible people — Gucci Westman, Donna Karan, Rick Owens, Iman — so seeing him acknowledged on this level is great.”