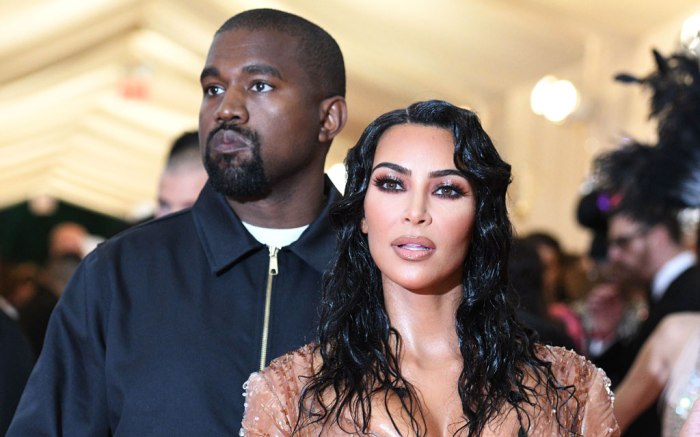 Kanye West surprised Kim Kardashian with a date at Celine Dion’s concert in Las Vegas Saturday night. And Kardashian wore a performance-worthy look for the occasion.

The reality star commanded attention in a curve-hugging white catsuit with a high neckline and sparkly embellishments. She teamed the suit with white pumps that had a pointed silhouette and mesh detailing. The KKW Beauty mogul wore her hair down and pushed back over her shoulders.

Date Night in Vegas w @celinedion My heart will go on pic.twitter.com/VCjwHikDBs

Meanwhile, her rapper husband went for an all-black look in a zippered Dickies jacket, fitted pants and black hiker sneakers.

Dion looked equally chic in a gold brocade suit with celestial detailing, which she teamed with a white blouse that had lace detailing. For footwear, the “My Heart Will Go On” singer went with sparkly gold booties that appeared to have the tag still attached. She wore her hair down in loose waves.

Kardashian and West attended the Met Gala in New York earlier this month, where the Yeezy designer wore nearly the same look he had on last night. For her part, the “Keeping Up With the Kardashians” star wore a waist-snatching, custom-made Mugler dress. Dion was there, too, in a showgirl-esque Oscar de la Renta dress with custom Chloe Gosselin heels.

Flip through the gallery to see Kim Kardashian’s most body-confident looks.

Below, go behind the scenes with Jamie Chung at her FN cover shoot.