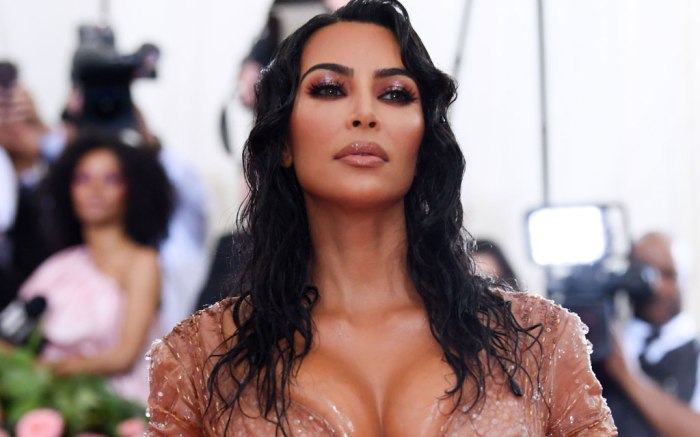 Kim Kardashian went for the most body-confident look at the 2019 Met Gala.

The 38-year-old turned heads in a nude Mugler dress that hugged every curve of her famous figure. The reality star’s dress featured intricate detailing that resembled beats of sweat, with a plunging neckline and button-up detailing going down the middle.

For shoes, the KKW Beauty mogul reached for see-through sandals that also featured the sweat beads.

Meanwhile, Kanye West was by his wife’s side in an all-black look. The 41-year-old “Jesus Walks” rapper sported a black jacket with an exposed silver zipper and slim-fitting black pants. On his feet, West wore chunky black sneakers.

The duo last attended the Met Gala together in 2016, when they both sported looks from Balmain. West kept it casual in ripped blue jeans that matched his blue contact lenses and brown boots, while Kardashian went for a glamorous ensemble in a long-sleeved silver gown.

Kardashian has attended the past two years sans her husband.