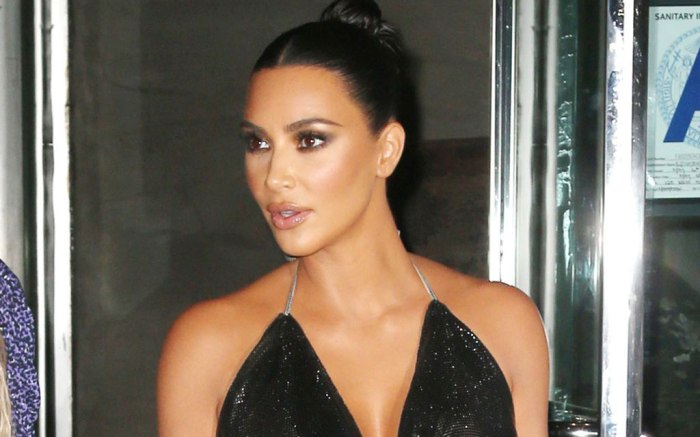 The 38-year-old was spotted en route to “The Tonight Show Starring Jimmy Fallon” in New York yesterday wearing a look that combined elements of aughts style.

For footwear, the reality star went with a ’90s and early ’00s staple she’s been loving all summer long: the heeled flip-flop. The shoes the mother of four wore featured a slim, translucent stray, with a gray sole and heel. They appeared to be from husband Kanye West’s Yeezy label.

While flip-flops are often derided by the sartorially savvy as unfashionable, the shoes featured prominently on the spring ’19 runways of brands like Sonia Rykiel and Tibi. The 2019 version of the heeled thong has a sleeker look than its predecessor — with thinner straps and a slimmer heel.

Kardashian isn’t the only A-lister embracing the revival of high-heeled flip-flops. Other fans of the controversial silhouette include Emily Ratajkowski and Katie Holmes.

When it comes to her personal shoe wardrobe, Kardashian tends to select styles from Yeezy, from boots to pumps to sneakers. Other brands in her rotation include Stuart Weitzman, Prada and Balenciaga.

Click through the gallery to see Kim Kardashian’s most body-confident outfits.