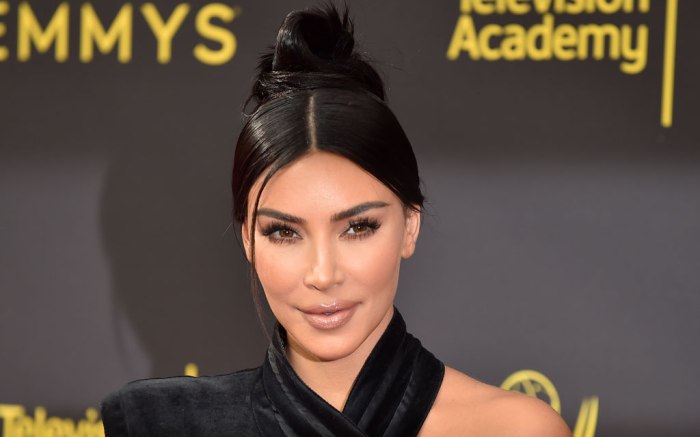 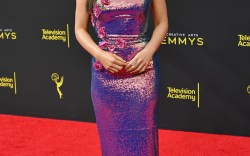 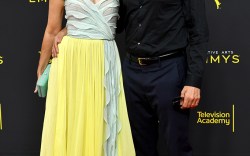 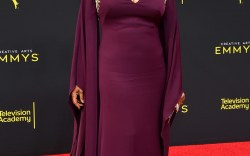 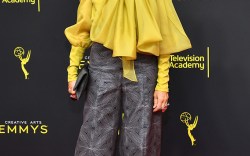 Kardashian wore a velvetlike dress with a high neckline and ruched detailing at the waist. The dress had a slit at the calf, perfect for highlighting the KKW Beauty mogul’s strappy black sandals. The shoes had thin crisscross straps that wrapped up her ankles and legs, and a slim stiletto heel.

Balmain creative director Olivier Rousteing, nominated for his work on costumes for Beyoncé’s “Homecoming” special, was also in attendance. The designer sported a pale yellow suit from Balmain with white sneakers.

A second round of Creative Arts Emmys will be given out tonight. The Primetime Emmy Awards will air on Fox at 8 p.m. on Sunday, Sept. 22.

Click through the gallery to see celebrity arrivals at the 2019 Creative Arts Emmys.