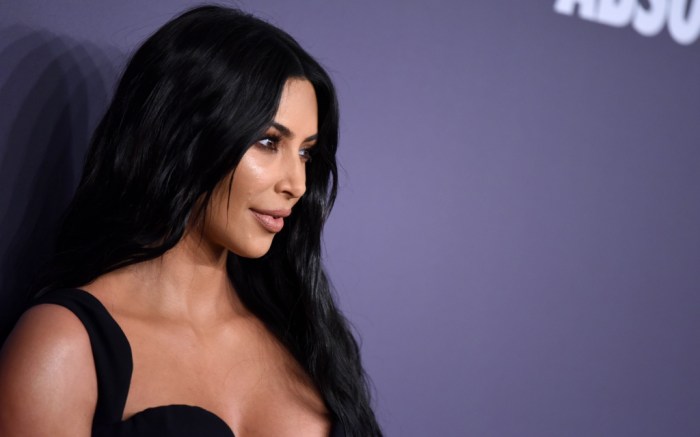 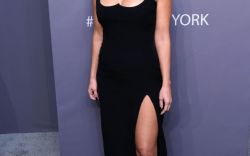 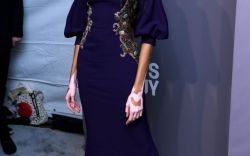 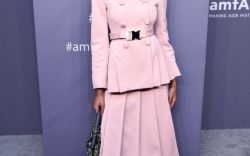 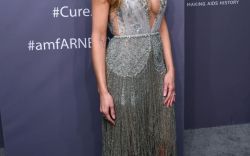 Kim Kardashian did what she does best last night at the 2019 amfAR Gala in NYC — she commanded attention in an ultraglamorous, sexy look.

The reality star-turned-KKW Beauty mogul arrived on the scene at Cipriani Wall Street modeling a curve-hugging black Versace gown with a dangerously low neckline, and if that wasn’t enough skin, the dress also came with a sultry thigh-high slit and an open back.

For shoes, the 38-year-old businesswoman reached for one of her go-to favorite styles, the barely-there PVC sandal. Kardashian wore a pair of slinky see-through ankle-strap shoes boasting a black stiletto heel that almost appeared invisible in some photos.

The mother of three — who is expecting another child, a son, via surrogate with husband Kanye West this year — attended the glamorous event with her eldest sister, Kourtney Kardashian. She also wore a black Versace gown with black patent Gianvito Rossi PVC pumps.

Other famous faces that stepped out for the occasion include supermodels like Heidi Klum, Lily Aldridge, Alessandra Ambrosio and Karolina Kurkova.

For more celebrity fashion from the 2019 amfAR Gala, check out the gallery.