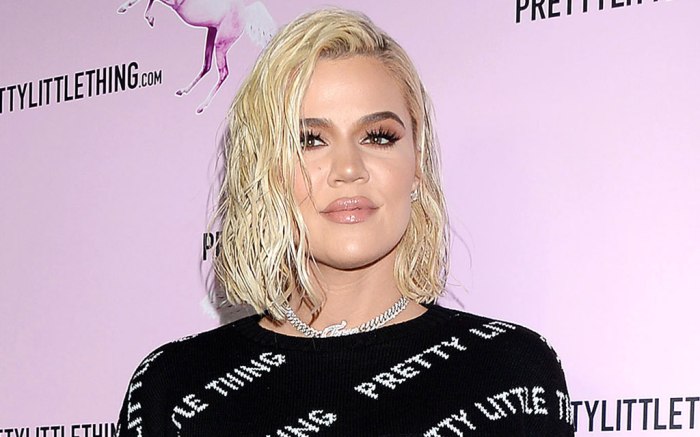 Khloé Kardashian is keeping the “no pants” trend alive.

The “Keeping Up With the Kardashians” star went pantless in a blazer and thigh-high boots in an Instagram image posted Tuesday that racked up more than 2.1 million likes.

In the photo, Kardashian wears a Meshki blazer dress with an open-collared neckline and a figure-flattering fit. While the Good American founder often steps out in designer looks, the Meshki piece was a more moderately priced find, retailing for just $93.

For footwear, the 34-year-old kept it in the family, choosing a style from brother-in-law Kanye West’s Yeezy label. She selected slouchy oak brown thigh-highs made of leather and suede, with a high stiletto heel and a pointed toe. The boots from West’s Season 5 collection once retailed for $1,200.

In one arm, Kardashian carried 11-month-old daughter True, who cheesed for the camera in a white minidress and pink and white sneakers.

“❥You and I ❥,” the “Revenge Body” host captioned her photo.

On Tuesday night, Kardashian glammed up for Diana Ross’ 75th birthday bash, which she attended alongside mom Kris Jenner and older sister Kourtney.

For the occasion, the former “Celebrity Apprentice” contestant sported a shiny gold dress with a low neckline and a sensual thigh-high slit. Her shoes were Giuseppe Zanotti’s Harmony sandals, a celebrity-favorite style that features triple straps and a slim stiletto heel.

While Kardashian does not herself have a shoe industry deal, her two younger sisters, Kylie and Kendall, are affiliated with Adidas, along with West. The reality star is involved in the fashion industry, creating activewear and denim through her company.