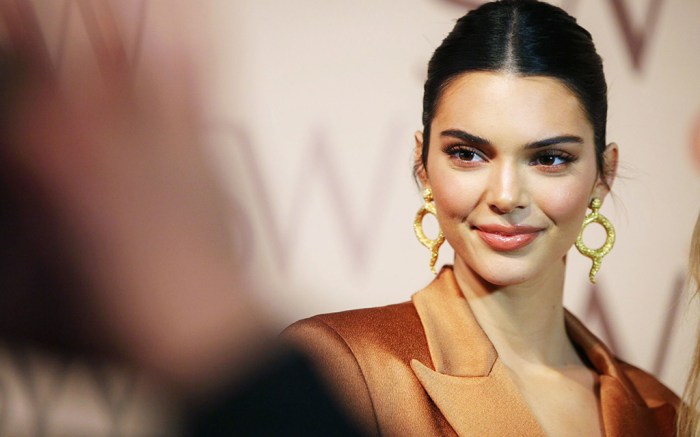 Kendall Jenner stepped out in the leggiest look on Tuesday night in New York. The model was all business, donning an oversized double-breasted blazer and sheer tights.

Jenner, one of the newest faces for Stuart Weitzman, was on hand to celebrate the luxury label’s spring ’19 ad campaign in which she stars alongside Willow Smith, Jean Campbell and Yang Mi.

Jenner was joined by her fellow campaign models at the release party event along with Tapestry CEO Victor Luis and Stuart Weitzman CEO Eraldo Poletto.

The #SWWomen campaign, starring Jenner, launched last month and is meant to celebrate independent women and their authenticity. It was photographed by Inez van Lamsweerde and Vinoodh Matadin.

Poletto told FN, “The idea was to bring a group of successful women with their own journeys, lives, dreams [and] very strong identities together.”

But tapping a model like Jenner isn’t about attracting a younger customer, explained Poletto. He said, “It’s about attitude and what I call millennialism. It has nothing to do with age but the spirit you have.”

Why Tapestry Is Doubling Down on China for Coach, Kate Spade and Stuart Weitzman After Earnings Miss