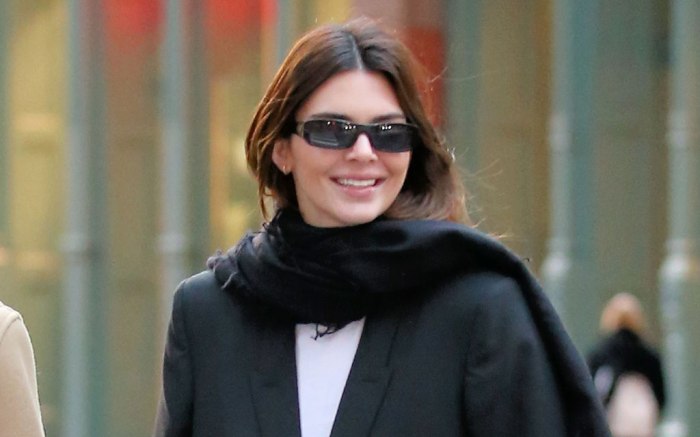 The 24-year-old model was spotted out and about in New York yesterday wearing monster Prada combat boots that Hadid has worn several times before.

Jenner wore head-to-toe black and white, including a long coat with graphic accents, a fringed scarf and gray jeans.

But the standout of the “Keeping Up With the Kardashians” star’s look was her footwear.

On her feet, Jenner had on Prada’s Monolith boots. The shoes have a leather upper,  a chunky rubber sole and a 2.75-inch flatform; they also feature detachable nylon pouches that can carry small items like keys or cash. The shoes are available on Nordstrom.com for $1,450.

Back in September, Hadid stepped out at Paris Fashion Week clad in the statement-making boots. The supermodel teamed the shoes with a pink blazer, mom jeans and a New York Yankees baseball cap.

Both women are fans of combat boots, which have surged in popularity amid fashion’s current obsession with all things ’90s fashion. The style evokes the grunge movement that dominated the decade, led by Seattle bands such as Nirvana and Soundgarden.

Another ’90s shoe trend that’s in vogue now? Square toes. Jenner wore boots with the distinct shape Wednesday evening. She teamed them with light-wash jeans and a white bomber-style jacket.

Flip through the gallery for Kendall Jenner’s best statement shoes.