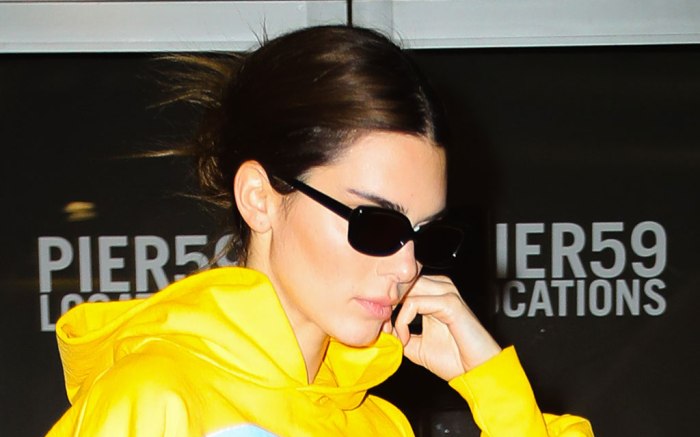 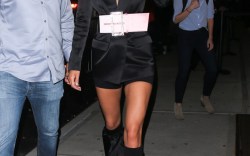 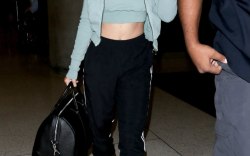 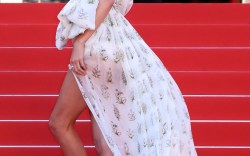 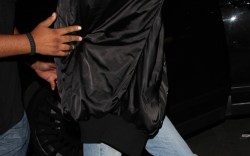 But the highlight of the look was her Dr. Martens boots, a fitting choice since the ultra-popular British workboot brand is winner of FN’s 2019 Shoe of the Year honors.

While the Dr. Martens 1460 earned the accolade, Jenner opted for the brand’s punky Sinclair style. The modern silhouette retains the leather upper, distinctive yellow stitching and Airwair rubber outsole for which Dr. Martens is known, but it features more urban details including a front zipper closure and optional eyelets. The Sinclair sells on Zappos.com for just under $200.

The reality star completed her eye-catching look with a yellow Hermès bag and dark sunglasses. She styled her brunette hair in a laid-back, messy updo.

Jenner has long been a fan of Dr. Martens, but the Sinclair appears to be a new go-to of hers. While out in New York last month, the Adidas Classics ambassador was spotted in the zip-up stompers teamed with a gray quilted button-down and black pants.

The model is also a fan of shoes by Amina Muaddi, Birkenstock and Alexander Wang.

Click through the gallery for more of Kendall Jenner’s trendsetting shoe style.

Kendall Jenner Is One Step Ahead of the Latest Shoe Trends