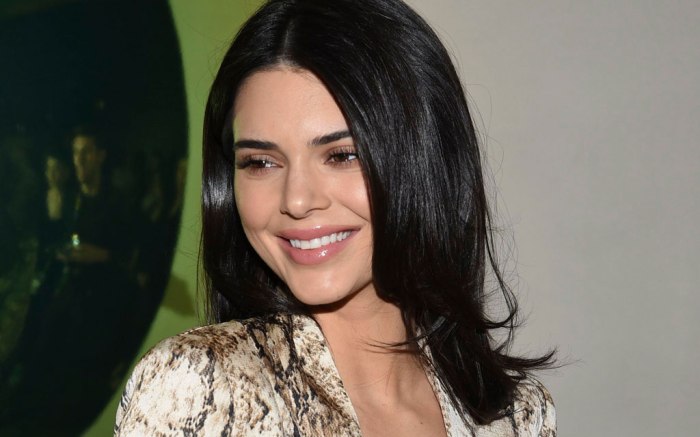 Kendall Jenner’s day 2 Coachella look was all about her shoes.

As she stepped out for Virgil Abloh’s DJ set alongside model pals Gigi Hadid and Hailey Baldwin at the Indio, Calif., music festival yesterday, Jenner turned heads with her sparkly footwear.

The 23-year-old wore a long-sleeved sheer white top with billowing sleeves, which she teamed with leg-baring shorts.

But back to the shoes. The Adidas ambassador had on glittery silver mules with a square toe and an architectural heel. Priced at 630 euros (around $713), the shoes are from the Zarqua fall ’19 collection. The rising brand is based in Tbilisi, Georgia.

Jenner completed her look with an Area handbag and dark sunglasses.

Meanwhile, Hadid was festival-ready in a tie-dye jumpsuit with sleek black Dr. Martens workboots. The 23-year-old Reebok partner accessorized with white-framed sunglasses and wore her blond locks down.

Rounding out the pack was Baldwin, who went for a leggy look in denim cut-off shorts and a cropped jersey-style shirt. On her feet, the “Drop the Mic” host sported trendy white platform sneakerboots with a ’90s club vibe. She wore her hair pulled back into a high ponytail and added some sparkle with a “Bieber” chain necklace (the 22-year-old married pop-star Justin Bieber in 2018).

Jenner is a pal of Abloh’s, having made appearances in the designer’s Off-White runway shows. She also invited the Louis Vuitton creative director as a guest on the pre-Coachella episode of her Beats 1 radio show, “Zaza World Radio,” where they discussed Abloh’s appearance at the festival.

Click through the gallery to check out Kendall Jenner’s street style.

Watch the video below to go behind-the-scenes with Hailey Baldwin at her FN cover shoot.