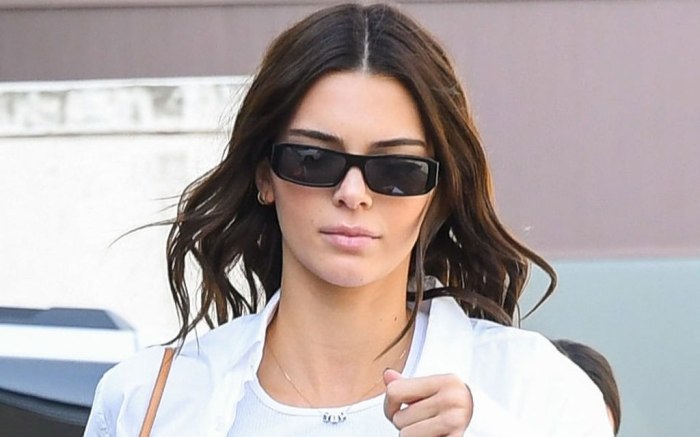 It may be late September, but Kendall Jenner is still doing summer style.

The 23-year-old model showed off a chic, warm-weather ensemble yesterday as she stepped out in Los Angeles.

For footwear, the “Keeping Up With the Kardashians” star chose Birkenstock’s Arizona — an accessibly priced style that’s risen in popularity alongside other “ugly” sandals like Tevas.

The Arizona features adjustable suede straps, a contoured footbed and a flat sole. The shoe is in stock in for $135 on Nordstrom.com.

The reality star is not the only A-lister fan of Birkenstocks. Other celebrities who love the shoes include Gwyneth Paltrow, Millie Bobby Brown and Britney Spears.

While Jenner sat out New York Fashion Week, she walked the runway for several shows in London and Milan, including Burberry, Fendi and Versace. (Paris Fashion Week is underway now.)

An Adidas Classics ambassador, Jenner often steps out in the sportwear giant’s sneakers. Other go-to shoe brands for the “it” girl include Dr. Martens, Amina Muaddi and brother-in-law Kanye West’s Yeezy.

Flip through the gallery to see more of Kendall Jenner’s best street style.