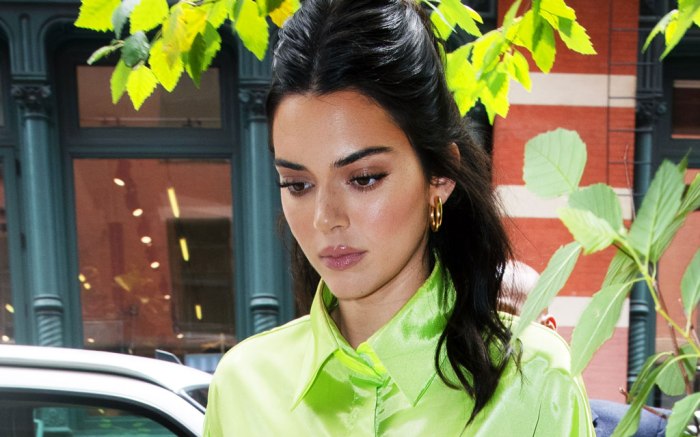 Kendall Jenner went for a sporty-chic look on vacation in the mountains with sister Kourtney Kardashian and pals.

In a snap posted to Instagram today, the 23-year-old model sports an oversized crewneck sweatshirt with Adidas bike shorts as she poses against a backdrop of mountains and the setting sun.

For shoes, the “Keeping Up With the Kardashians” star went with Adidas Continental 80 kicks. An updated version of an ’80s silhouette, the Continental 80 features perforated detailing, with contrast striping and a bumper sole. The sneaker is sold out but once retailed for $80 on available on Nordstrom.com.

The image — which the “it” girl captioned with simply a smiley face — racked up more than 3.3 million likes on Instagram.

An Adidas Classics ambassador since 2017, Jenner often sports footwear from the Three Stripes. The Adidas Continental 80 is one of her favorite styles — and it’s proved versatile.

In addition to wearing the Continental 80 with casual looks (like her most recent one), Jenner has also teamed them with dresses for evenings out. In Mykonos, Greece this July, the A-lister paired the kicks with a sparkly bronze minidress by Meshki for a night of clubbing with pals.

She took the sneaker style in a completely different direction at Wimbledon later that month, teaming her kicks with a blue button-down Polo Ralph Lauren shirt and high-waisted white shorts.

Click through the gallery to see more of Kendall Jenner’s best street style.