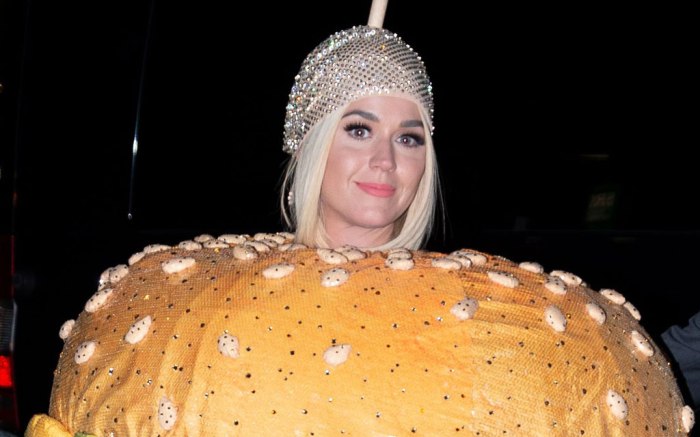 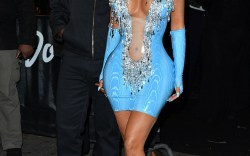 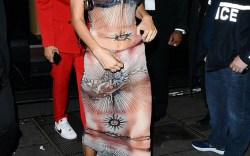 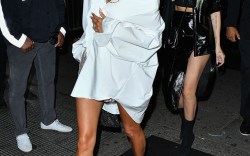 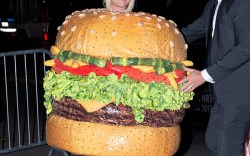 Katy Perry may have been the most whimsically dressed Met Gala after-party attendee of all.

The 34-year-old headed to Moschino’s soirée Monday night wearing a custom burger suit from the Italian label that was covered in sparkles. She had on an off-the-shoulder lettuce minidress underneath.

Fittingly, the songstress sported burger sneakers from her own Katy Perry Collections label to complete the look. She had the shoes — the $129 Munchie — bedazzled by costume designer Erin Lareau.

But which came first: the suit or the sneakers?

Speaking with FN last night, Perry revealed that it wasn’t a coordinated effort. Moschino creative director Jeremy Scott just happened upon a costume that matched shoes from her brand.

“It was symmetry. It was the universe. I don’t think Jeremy had seen the shoes yet,” she explained. “He presented me with two ideas, and I said ‘Well, I love them both, and they both represent my personality.’ He said, ‘Great, because I was thinking one for the actual event and one for the after-party. He just came up with both of those, and they were fab. We have a long-standing friendship — forever.”

For her arrival at the Met Gala, Perry dazzled on the pink carpet in a crystal-covered chandelier dress with a matching headdress. She teamed pointy-toed cake-stand heels with the eccentric outfit.

The playful looks both fit seamlessly with this year’s Met Gala theme: “Camp: Notes on Fashion.” Perry was one of many stars — such as Bella Hadid, Gwen Stefani and Stella Maxwell — to be outfitted by Moschino for the night.

Flip through the gallery to see more celebrities at the Met Gala after-parties.

Watch the video below to see a behind-the-scenes look at Katy Perry’s FN cover shoot.