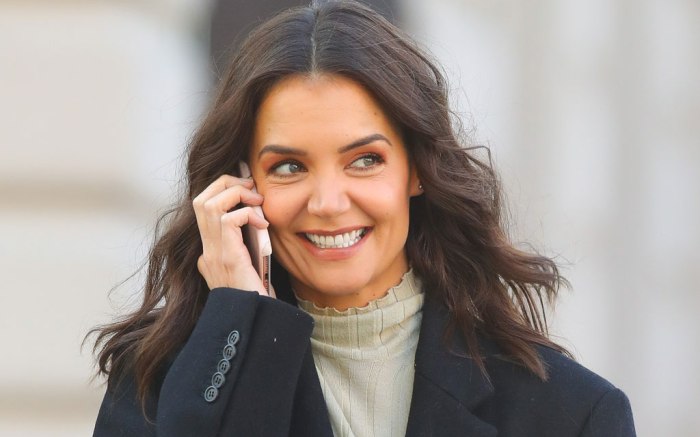 Fall weather has arrived in New York City — and Katie Holmes is dressing the part.

The 40-year-old actress exuded autumnal vibes in a chic, layered look as she hit the streets of New York yesterday.

For footwear, the “Batman Begins” star went with understated black leather combat boots. A recurring fashion favorite, combat boots go with just about anything, offering a little bit of edge to a classic look like Holmes’.

Later in the day, the “Dawson’s Creek” alum switched up her look as she attended a screening of “Serendipity” at the Quad Cinema in NYC.

The A-lister kept on the turtleneck but swapped her jeans for a python-print midi skirt and went with a short black blazer in place of her long coat. She replaced her boots with robin’s egg blue sandals for a more dressed-up look.

While Holmes is willing to try out trends — like high-heeled flip-flops or big-toe sandals — she also has her recurring shoe favorites. For casual outings, the “First Daughter” lead is a big fan of Ugg’s shearling-lined boots and Alexander McQueen oversize sole sneakers.

Flip through the gallery to see more of Katie Holmes’ best street style looks over the years.