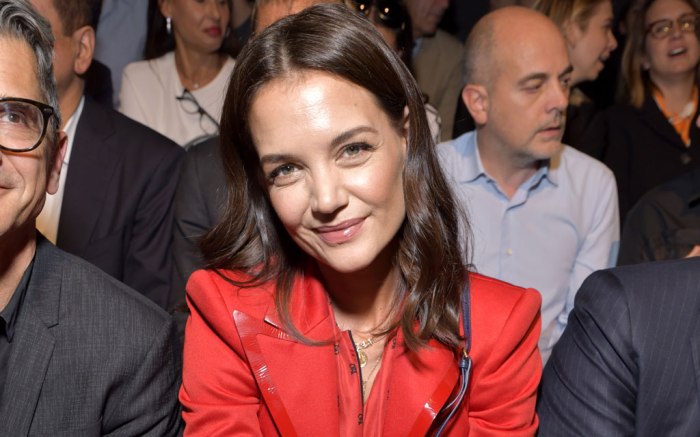 Socks and sandals are often thought of as a major fashion no-no — but Katie Holmes made the pairing look surprisingly chic.

The 40-year-old actress opted for the controversial combination today on the front row at Fendi’s spring ’20 Milan Fashion Week show.

Holmes wore a red blazer over a red and black printed midi dress.

The shoes and hosiery were perfectly coordinated, both boasting a pattern made of calligraphy from the label’s former creative director, Karl Lagerfeld. Holmes’ dress was also printed with Lagerfeld’s lettering.

So excited to attend the @fendi show #milan ❤️

The “Dawson’s Creek” alum pulled together her look with a navy Fendi bag.

While Jenner wore block-heel brown pumps at today’s Fendi show, she’s herself is no stranger to making socks and sandals look high fashion.

The “Keeping Up With the Kardashians” star paired strappy Jimmy Choo sandals with $17 Wolford socks at the Cannes Film Festival in 2017.

KiKi Layne, Kanye West and Rihanna have all given the socks-and-sandals trend a try as well.