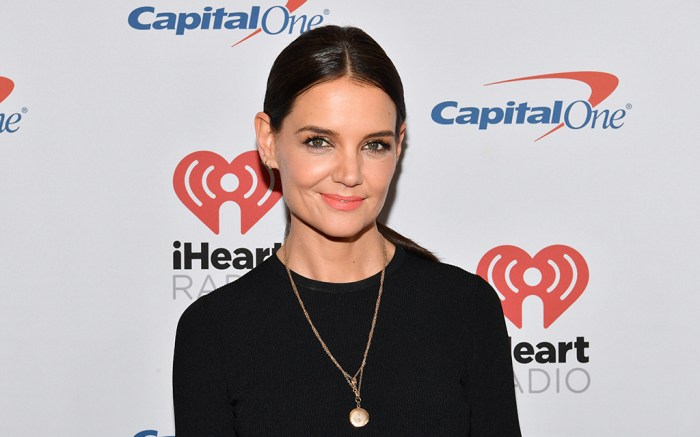 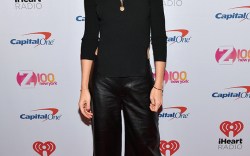 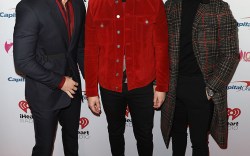 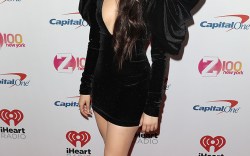 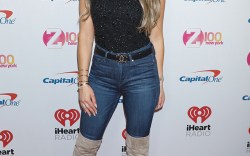 Celebrities were in the holiday spirit on Friday for iHeartRadio’s Z100 Jingle Ball concert at Madison Square Garden in New York City.

On the red carpet, Katie Holmes pulled off one of the hottest looks of the season: the big boot trend.

The actress, who continues to charm the fashion world with her understated elegance, wore a pair of Khaite boots that combined several style themes: animal print, square toes and knee-highs.

This isn’t the first time Holmes has rocked the zebra-print boots from Khaite — the star was spotted in the boots last month. But for last night’s event, the actress paired the statement boots with a simple black sweater (slit open at the sides) and leather culottes.

Other notable stars at the Z100 concert included Camila Cabello, who channeled her holiday spirit in a velvet black dress. The ensemble featured exaggerated sleeves that made her look like a giant Christmas present.

The former Fifth Harmony member topped off her festive look with a pair of patent black pointy-toe pumps.

Lizzo also opted for the bow trend. The “Truth Hurts” singer, who was selected as Time magazine’s Entertainer of the Year just this week, wore a silver-and-black checkered dress, complete with a giant bow embellishment on the shoulder.

The songstress decided to keep her footwear simple with a pair of tapered black booties. Later that evening, the star did a costume change into a Santa-inspired outfit for her onstage performance.

Other acts from the 2019 Jingle Ball included a birthday performance by Taylor Swift, a set by the Jonas Brothers and Halsey.