From the Archives: How Kate Moss’ Runway Debut Made Heroin Chic Cool 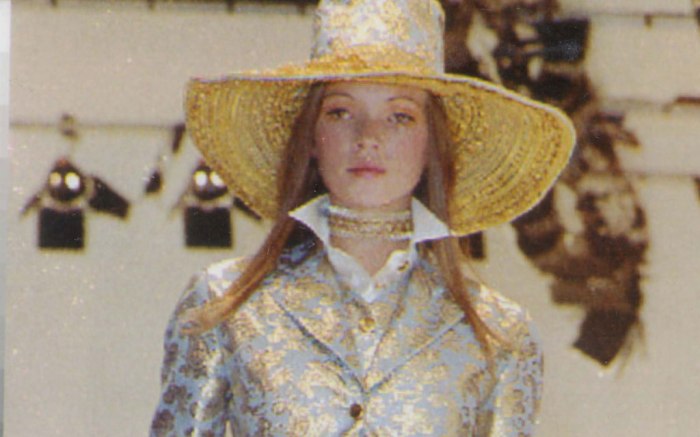 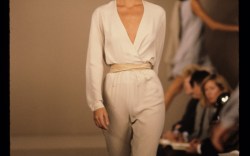 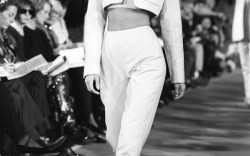 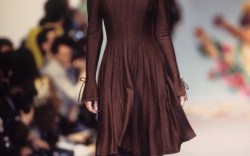 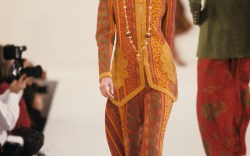 Kate Moss is one of the most famous supermodels, but there was a time when she was a fresh-faced ingenue walking her first show.

Moss’ first runway show, as it turns out, was a big one.

At the Dolce & Gabbana spring ’92 show, she strutted her stuff in a baby-blue brocade suit teamed with a matching wide-brimmed hat. The look was completed by a pair of gold wedge sandals with three straps.

The 45-year-old is known for her waiflike figure, as she was one of the most famous faces of the “heroin chic” movement.

In the ’90s, Moss was a runway staple, appearing for all of the big designers, including Prada, Tommy Hilfiger and Stella McCartney.

Today, the British beauty stays mostly off the runway, preferring to take her frontrow seat at the shows instead.

She made a surprise appearance on the catwalk at the fall ’18 Louis Vuitton show. She hit the runway in a look that turned back the clock to her ’90s heyday: a monogrammed trench coat with grungey lace-up ankle boots.

Click through the gallery to see more of the biggest supermodels of the ’90s, like Cindy Crawford, Naomi Campbell and Linda Evangelista.