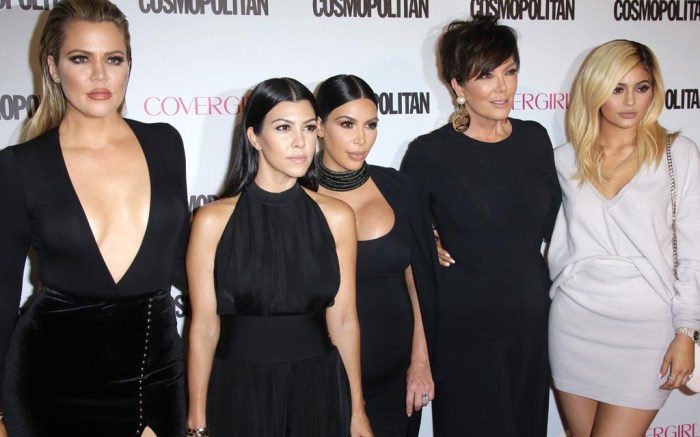 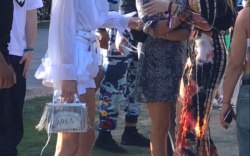 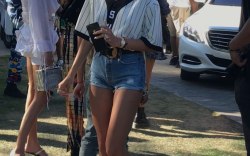 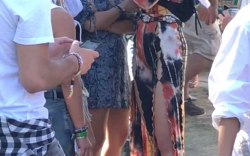 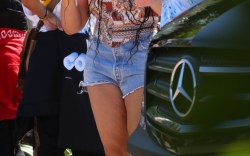 Kanye West’s highly anticipated Easter “Sunday Service” at Coachella was today — and the Kardashian-Jenner sisters used the day as an opportunity to show off their spring style.

The youngest sisters, Kendall and Kylie Jenner, twinned in form-flattering white dresses and sneakers, the perfect shoe choice for navigating the desert grounds at the Indio, Calif., festival.

Kendall, 23, sported a long white dress with spaghetti straps and a daring thigh-high slit, completing her look with tan sneakers. Meanwhile, Kylie, 21, sported a curve-hugging midi dress with short sleeves and white sneakers. The Kylie Cosmetics billionaire wore her hair in a braid with festive crosses strewn in.

Meanwhile, Kim Kardashian twinned with daughter North West, with both stepping out in similar gray ensembles. (Kim sported gray suedelike boots, while North had white sneakers on that she later kicked off.)

North, who performed with her father as part of the Sunday Service, wore her hair in long braids going down her back.

Kim and the kids at today’s Sunday Service

West himself stepped out in an oversized purple T-shirt and baggy pants, finishing his look with a pair of black sneakers.

Watch the video below for a behind-the-scenes look from Meek Mill’s FN cover shoot.