Why Democratic Presidential Hopeful Kamala Harris Is the Chicest Politician 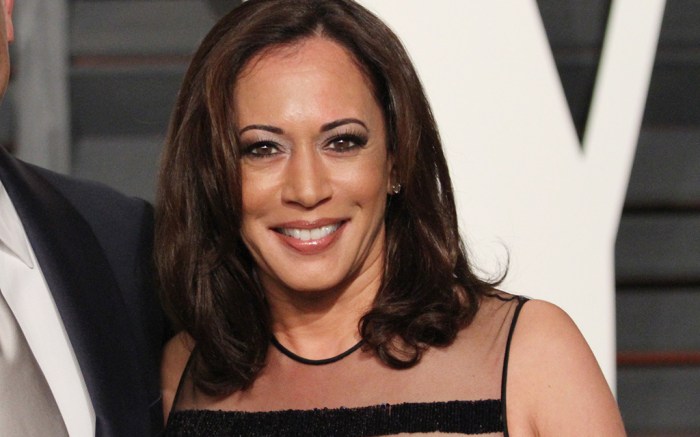 Striking the right chord stylewise as a politician can be tricky — especially for female candidates.

But Sen. Kamala Harris of California has what it takes. The former prosecutor, who launched her presidential candidacy on Sunday, always hits the right note.

Harris typically wears tailored pantsuits with pumps, and she went for this combination yesterday as she spoke to students at Drake University in Iowa.

She looked chic in a black pantsuit and matching kitten heels, adding a little personality to her look with black beads around her neck.

The Howard University alumna repeated the look when she made an appearance at a Los Angeles Barnes & Noble on Jan. 13 as part of her book tour.

The 54-year-old paired a slim-fitting black pantsuit with pointed-toed pumps. She accessorized again with a strand of black beads and wore her hair down.

The Californian pulled off an elegant yet dressed-down look in June 2018 when she attended the Families Belong Together – Freedom for Immigrants march in Los Angeles. She sported a white blazer with dark, tight-fitting jeans, finishing her look with white sneakers for a summery twist.

At the opening of The Broad museum on Sept. 17, 2015, she wore a sparkly knee-length dress and black patent leather, cage-detailed sandals. The shiny sandals showed off a bright-red pedicure.

Click through the gallery for more of Kamala Harris’ style.