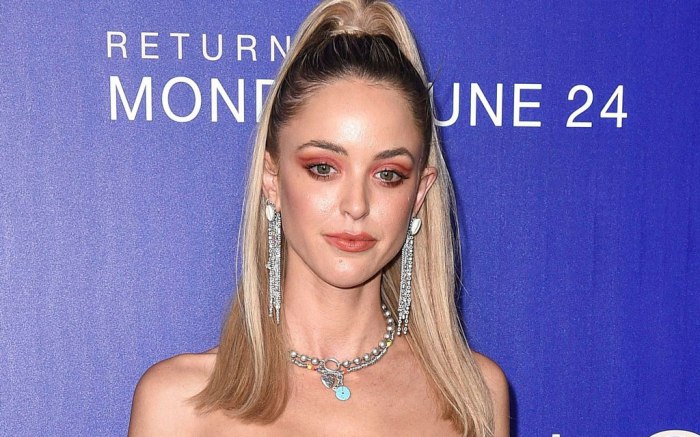 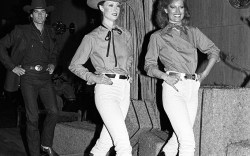 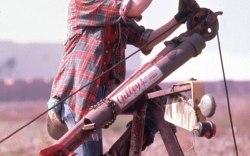 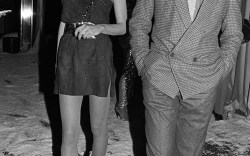 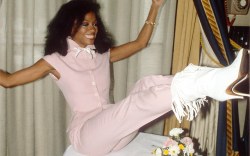 Kaitlynn Carter is showing off the versatility of her white Western boots during a vacation in Italy this week with girlfriend Miley Cyrus.

The 30-year-old teamed the booties, which are from Ganni, with a little black dress and a floppy hat for a boat ride with Cyrus and other pals this weekend. Meanwhile, the “Party in the USA” singer sported a corset top, high-waisted pants and custom vegan Versace sandals.

In an image posted to Instagram yesterday, Carter again wore the boots. This time, she teamed them with a sheer white bodysuit and denim Daisy Dukes with ruffled trim.

The Ganni ankle boots are made from croc-embossed leather, with a 3-inch block heel and elastic goring on the sides. The boots boast a square toe, a feature that’s popular across a variety of styles from pumps to sandals this season. This Ganni silhouette can be purchased now at Fwrd.com for $475.

Western boots have been a trend for a while now. After popping up on fall ’18 runways, the style was one of the most prominent shoes of the resort ’19 season; it also appeared at the spring ’19 Paris Haute Couture shows.

Carter has been a fan of her white Ganni boots throughout the summer. The reality star teamed the shoes with a Reformation floral minidress in a July 14 Instagram post.

Click through the gallery to see celebrities wearing Western boots over the years.

Watch the video below to see Something Navy’s Arielle Charnas discuss the secret to Instagram success.

Miley Cyrus Takes on London in the Kookiest Outfit