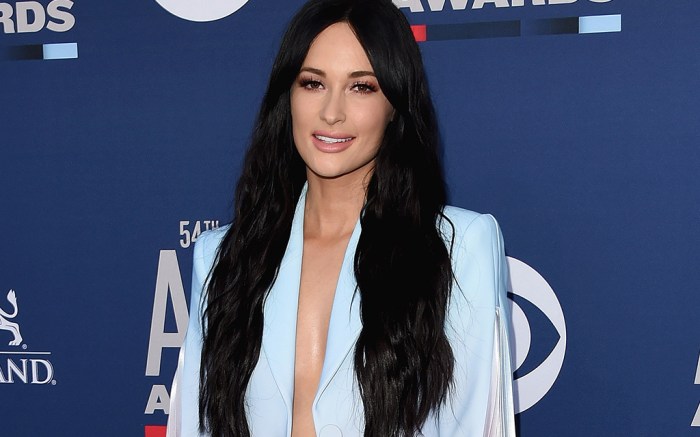 At Kacey Musgraves’ show on Sunday in Sydney, fans tried to get the singer to do a “shoey” — drinking a beer out of a shoe (a ritual that’s popular in Australia) — and she was not having any of it.

However, today in Melbourne, she had a change of heart.

Fans took to Twitter to share videos of the singer drinking tequila out of a glass slipper in her own version of a shoey, explaining, “I guess in Sydney I wasn’t really in the mood, but it’s our last show in Australia”

Musgraves then breaks out a Cinderella-like glass slipper and had a band member fill it with tequila, which she drank with ease. Musgraves added, “take that, ya savages,” including an Australian flag emoji.

take that, ya savages 🇦🇺 https://t.co/F0HH6lwlix

Days before, when fans tried to get Musgraves to do a “shoey,” she seemed repulsed.

A Twitter user shared a clip from the concert, showing the attendees as well as her own band members suggested that the Grammy winner drink out her shoe. She then lifted her own platform heeled sandal and laughed about how it wouldn’t work for her.

After fans offered up their own shoes for it, she joked: “Hey, you could have athlete’s foot… I’m not f**king drinking out of their f**king shoes!”