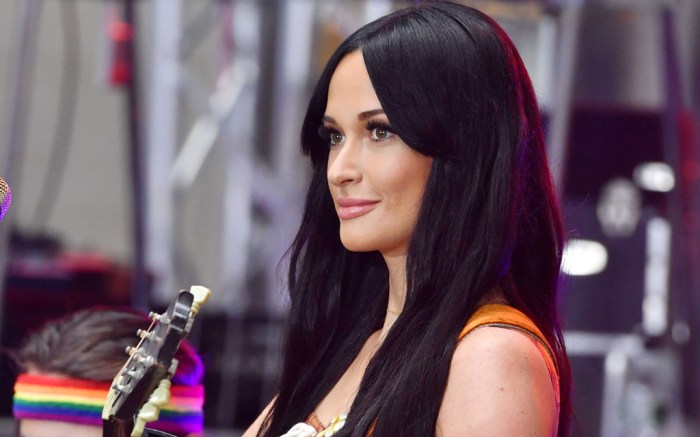 The country music star performed some of her biggest hits wearing a mini lace-up dress that was coated in flowers and leaves, all in different shades.

To top off the summery look, Musgraves chose a set of pearl Schutz pumps with a pointed toe and scalloped detailing.

Her setlist for the morning show included hits like “Slow Burn” and “Happy and Sad” for fans that camped out for hours to see the musician live.

The Grammy winner also surprised the audience by announcing that she is adding five more dates to her “Oh, What A World” tour, including Radio City Music Hall in New York and a final stop at Bridgestone Arena in Nashville.

Kacey Musgraves came onto the scene when she appeared on USA Networks “Nashville Star” competition in 2007. Since then, she has gone on to win endless awards, including the 2019 Grammy Award for Album of the Year.

The “Golden Hour” singer is best known in the fashion world for her chic and sweet style. She attended this year’s Met Gala in a Barbie-inspired Moschino look that she paired with a set of $80 Aldo heels.

Click through the gallery for more of Kacey Musgraves’ red carpet style through the years.