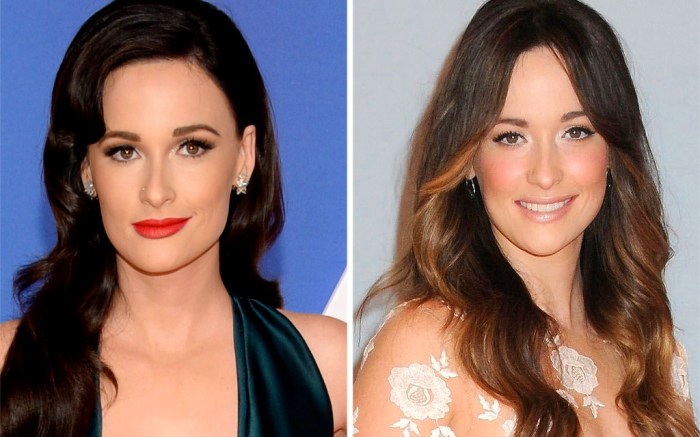 Kacey Musgraves has received plenty of honors over the years, and she has a chance to add more at the 2019 Country Music Association Awards on Wednesday, where she’s nominated in three categories.

Already a four-time CMA Awards winner, Musgraves nabbed her first honor, CMA New Artist of the Year, in 2013. At the ceremony that year, the A-lister hit the red carpet in a blush Blumarine gown with a sheer skirt and floral pattern, which she layered over ankle-strap pumps.

The following year, Musgraves went for a sparkling pale pink Oscar de la Renta column dress with silver accents and claimed her second CMA victory with Song of the Year for “Follow Your Arrow.”

In 2015, the “High Horse” hit maker opted for a sleek forest green St. John gown with a plunging neckline. It was a low-profile year for Musgraves, who didn’t take home any honors.

In 2016, Musgraves received a much bigger honor than her previous accolades, the International Achievement Award. For the event, the six-time Grammy winner chose a gown to suit the achievement: a tiered, impressively voluminous Christian Siriano gown.

Musgraves wore dresses to her first four CMA appearances, but she switched in 2018, hitting the red carpet in a fringed blouse and pants from Versace. Pointed-toe pumps completed the look.

In the press room after the show, Musgraves opted for an even more daring outfit, going futuristic monochrome in an orange Versace look featuring a blazer over a catsuit. Chunky sandals in the same color capped off the look.

This year, the songstress is up for Female Vocalist of the Year, Song of the Year and Music Video of the Year. She will be performing alongside country legend Willie Nelson.