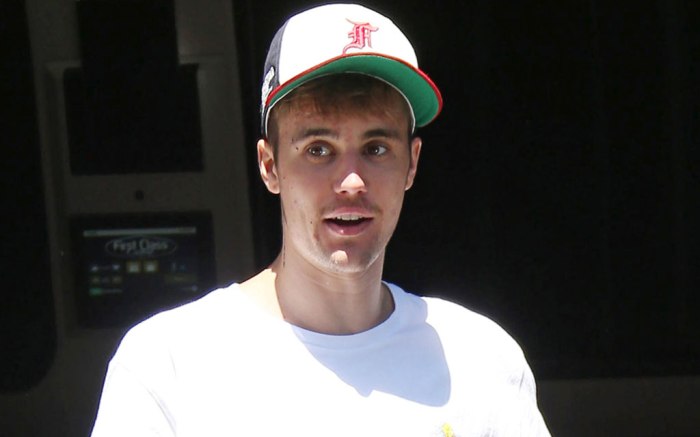 Justin Bieber’s sneakers took a tumble — but he was able to make a relatively seamless recovery.

The pop star was spotted carrying a precarious pile of goods — including a Supreme gym bag, Off-White x Nike sneakers and a change of clothes — outside his gym in Los Angeles yesterday.

As Bieber struggled to keep everything in his arms, a shoe rolled out of his hands and onto the asphalt.

The kicks were the Jordan 1 Retro High “University Blue,” one of the styles from Virgil Abloh’s buzzy Nike collaboration. The shoes, which came out in June 2018 at a $190 price point, are baby blue and white. They have a deconstructed leather upper and the tag detailing that’s an Off-White signature. While the limited-edition style sold out at retail quickly, it’s available on the resale market — priced at $1,500 on StockX.com.

Luckily, the Biebs was able to retrieve the precious kicks pretty quickly. The “Baby” singer swapped his gym clothes for another look that included the sneakers, which appeared not to have taken much of a beating on their way down to the pavement.

He teamed the kicks with the clothes he was spotted carrying earlier: a tie-dye hoodie from his Drew House brand and a pair of gray mesh gym shorts.

Click through the gallery to see Justin Bieber and Hailey Baldwin’s couple’s style.

Justin Bieber Confirmed the Dad Shoe Trend Isn’t Over Yet