Hailey Baldwin Hits the Streets in an Over-the-Top Green Furry Coat and $1,000 Sneakers With Justin Bieber 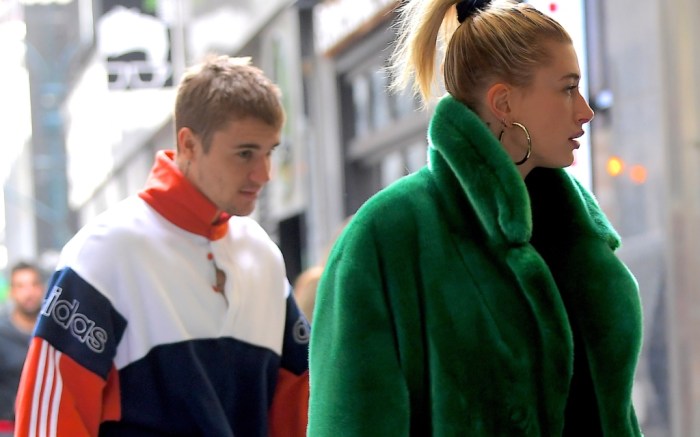 Justin Bieber and Hailey Baldwin made a statement with their looks during a casual outing in New York City today.

The recently married couple stepped out in colorful, over-the-top outfits with Mrs. Bieber sporting a bold, oversized green furry coat. The 22-year-old model teamed the head-turning piece with black sweats and a pair of her go-to favorite shoes as of late, Off-White’s white Off Court 3.0 leather sneakers.

The trendy high-tops, which comes with green laces, orange tags and Off-White branding, retail for $1,119. Baldwin pulled her ensemble together with a black scrunchie and hoop earrings.

The Nike Yeezy 1, which features a light gray and charcoal upper with vibrant pink and orange accents and a glow-in-the-dark outsole, was released in 2009 for $250.

Click through the gallery to check out more of Justin Bieber and Hailey Baldwin’s street style.