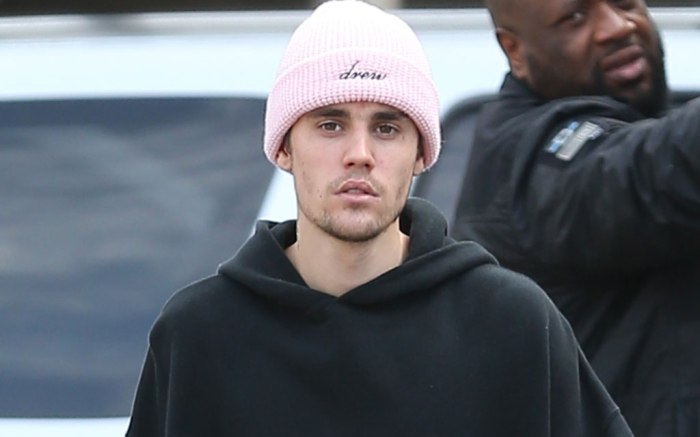 Justin Bieber’s penchant for pool slides and hotel slippers is well documented. But lately, the “Sorry” singer has been crushing on Crocs.

Throughout the fall, Bieber has stepped out in several styles of the colorful clogs, including a bubblegum-pink shade. That eye-catching pair, which he wore in Los Angeles on Nov. 16, was decorated with an array of charms featuring brand logos such as Nike’s Swoosh and Comme des Garçons’ heart-with-eyes motif.

During an electric bike ride through the streets of Beverly Hills, Calif., with wife Hailey Baldwin earlier this month, the 25-year-old pop star went for a flashy yellow version of the clogs, also adorned with charms. The shoes matched his yellow Drew House doughnut-print T-shirt.

In September, Bieber was spotted leaving a California medical office in slate gray Crocs, which he teamed with a gray Harley-Davidson T-shirt, Umbro gym shorts and gray and blue striped Vetements crew socks. He opted to wear the clogs with their heel straps pushed forward over the upper, creating the ease of a slip-on silhouette.

Bieber is not the only one believing in Crocs again. Since their debut in 2002, the comfort-minded shoes — which are made from a patented molded foam resin called Croslite — have seen their popularity wax and wane. But now, they are hotter than ever. Indeed, a new Piper Jaffray survey ranks Crocs as the seventh-most popular footwear brand among female teenagers — likely driven in part by the “ugly shoe” and “VSCO girl” trends.

The high-fashion world also has embraced Crocs in a big way. Balenciaga showcased towering platform versions of the cushy shoes on its spring ’18 runway — and when they later became available to pre-order on Barneys’ website for a cool $850, they sold out within just a few hours.

Rapper Post Malone has done several highly coveted collaborations with the Colorado brand, putting his unique stamp on its classic clogs with edgy prints such as barbed wire and camouflage, as well as Jibbitz charms in motifs including saw blades, snakes and tattoos. Each new release has sold out in minutes. Other recent Crocs collaborations include streetwear brands Chinatown Market, Pizzaslime and Beams.

Crocs has also gotten a boost from high-profile celebrity ambassadors. “New Girl” star Zooey Deschanel signed on to front the brand’s 2019 “Come As You Are” campaign, which is all about encouraging people to embrace their uniqueness. And last month, Crocs tapped in-demand actress Priyanka Chopra to carry the campaign’s torch in 2020.

Click through the gallery to see more sightings of Justin Bieber in his favorite Crocs clogs.

Why Do American Teens Love Their Crocs So Much?

Happy Croc Day: 7 Crocs Memes That Will Have You LOL