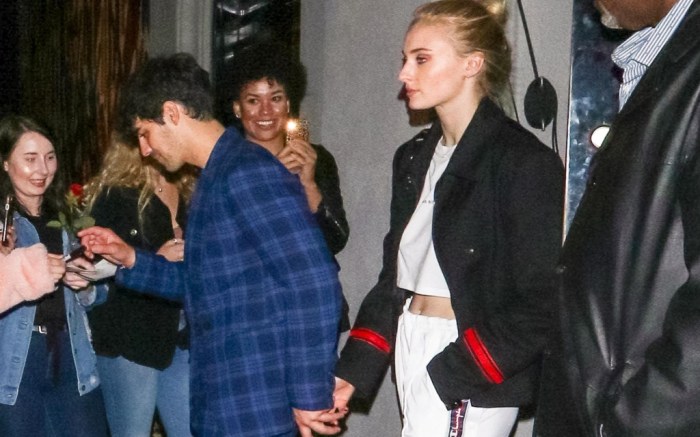 The Jonas Brothers are back in action and showing off their bold sense of style. While stepping out for dinner at Craig’s in West Hollywood, Calif., last night, the trio made a fashionable appearance with Joe’s fiancé, “Game of Thrones” star Sophie Turner.

This family dinner came on the heels of Joe Jonas’ revealing on “The Late Late Show With James Corden” that he’ll finally wed his longtime fiancé this summer.

Flip through the gallery to check out more of Sophie Turner’s street style.