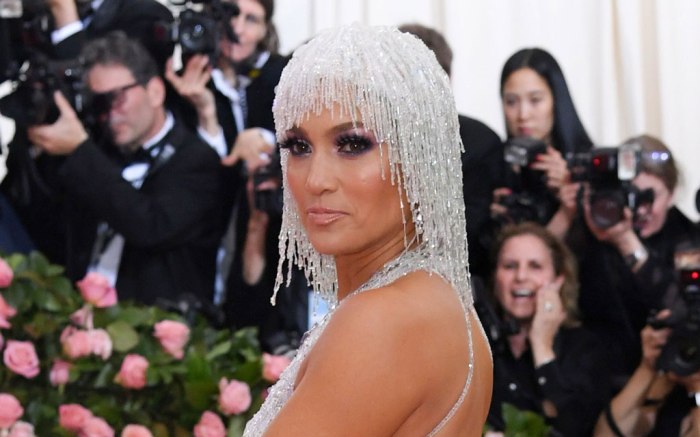 Jennifer Lopez was blinged out at the 2019 Met Gala.

The 49-year-old dripped in crystals from head to toe as she hit the red carpet alongside Alex Rodriguez at the Metropolitan Museum of Art in New York tonight.

J-Lo sported a sparkly Versace dress that was covered in shiny paillettes. The dress had a plunging neckline and a dramatic thigh-high. The slit showed off her shoes: a pair of shiny silver ankle-strap sandals on a pin-thin stiletto heel.

The “Second Act” star’s head was covered under a shimmering headdress with embellishments that almost resembled hair. Lopez accessorized with a massive purple necklace from Harry Winston, along with a silver clutch and an armful of bracelets.