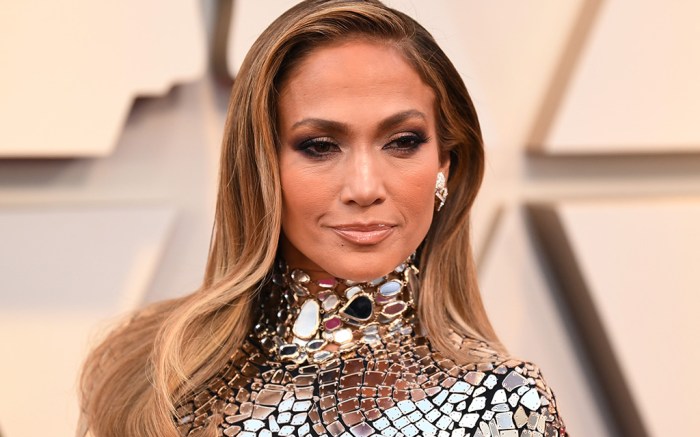 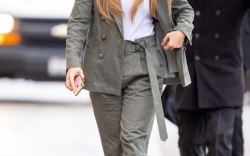 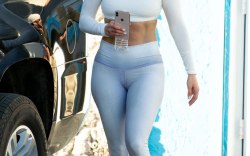 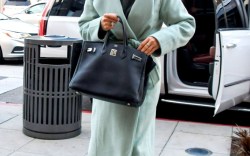 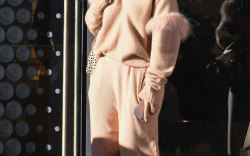 Among the lineup of sparkly costumes was an all-white ensemble that boasted a low neckline, matching gloves and a cowboy hat. Even more statementworthy were her studded stiletto boots that came with a belt buckle and razor-sharp spurs.

Less than a minute into the clip, J-Lo followed up the look with a high-neck ruffled top — this time playing fortune teller, complete with a crystal ball.

The 49-year-old singer also made headlines for a brief stint on a pole, where she flaunted a nearly 65-inch ponytail and sky-high stripper heels. In another scene, she went for a fully black outfit — a bedazzled dress that cut almost as high as her waist paired with extravagant knee-high fringe boots.

Lopez’s latest music video, which was released in partnership with fast-fashion retailer PrettyLittleThing, was rife with Western-inspired elements. Whether through slip-on mules, patterned platform heels or standout cowboy boots, the trend has been spotted on multiple runways during Fashion Month as well as on fellow A-listers including Gigi Hadid and Kendall Jenner.

The actress is set to appear in the upcoming drama “Hustlers,” which also stars Constance Wu, Cardi B and Lili Reinhart.