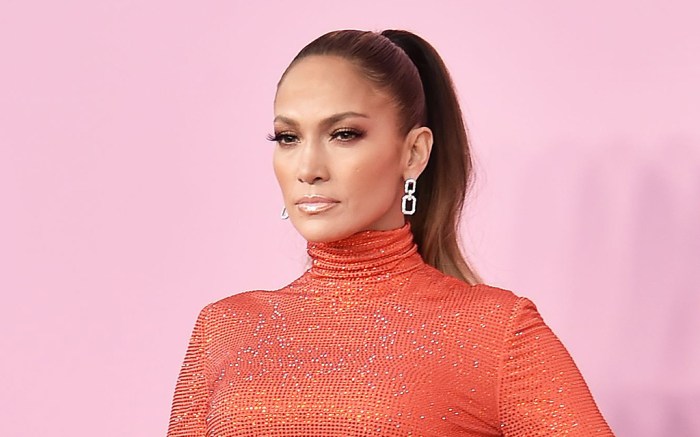 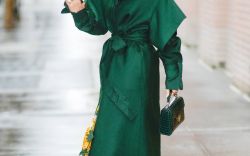 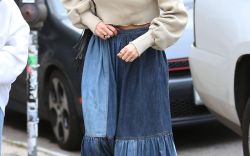 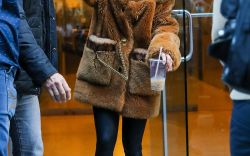 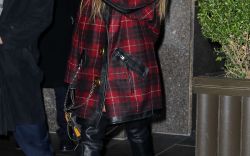 Jennifer Lopez coordinated her dress with her heels in the chicest way as she promoted new movie “Hustlers” on Saturday in Los Angeles.

The 50-year-old showed up at the first stop on her press tour clad in a black and white ensemble — consisting of a dress and heels that both featured mesh details.

Lopez sported a white long-sleeved minidress with a black mesh band at the middle from David Koma.

For footwear, the “On the Floor” singer opted for a pair of fishnet Christian Louboutin Follies Resille pumps. The Louboutins — which feature a nearly 4-inch stiletto heel, suede trim at the heel and a pointed toe — are sold out, but they previously retailed for $745 on Net-a-porter.com.

The “Second Act” actress completed her look with Anna Karin Karlsson sunglasses ($1,296 from Farfetch.com) and an Hermes Birkin bag with croc-print.

Lopez has had Louboutin’s Follies Resille pumps in her closet for a while. The statement-making stilettos were her choice for a June 2018 appearance on “Jimmy Kimmel Live!” On the talk show, the musician paired her heels with a gray and black tweed bustier dress.

When it comes to footwear, the “World of Dance” judge is a big fan of top brands such as Jimmy Choo and Giuseppe Zanotti. She collaborated with the latter on multiple capsule collections.

“She’s a strong woman with a strong personality and is fantastically rare,” Zanotti told FN of Lopez in a 2017 interview. “For me, I was very honored to work with her.”

Click through the gallery for more of Jennifer Lopez’s street style looks.

Watch the video below to see Hailey Baldwin discussing her street style.