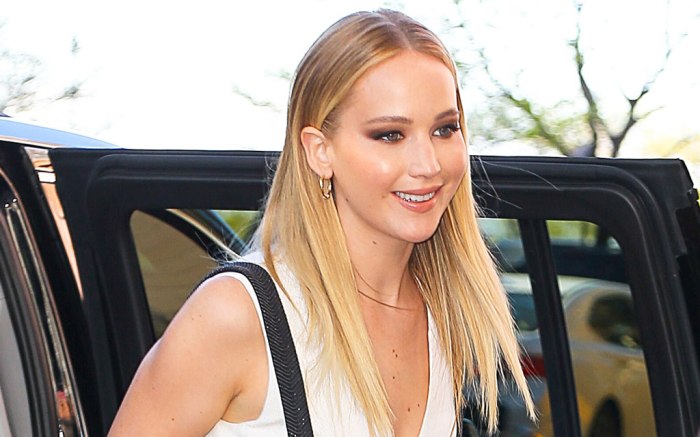 For one of the world’s most famous actresses, Jennifer Lawrence keeps a pretty low profile.

But the 28-year-old made a rare public appearance at the Tribeca Film Festival last night, stepping out in the coolest red pumps.

The “Hunger Games” alum added a pop of color — and a distinctly feminine touch — to her ensemble with her footwear. She selected bold red pumps with a stiletto heel and pointed silhouette.

The Kentuckian accessorized with gold hoop earrings and a slim bracelet, wearing her blond locks down and going for a subdued makeup look.

Lawrence has a longtime deal with Dior and often steps out in the brand’s wares on the red carpet in addition to appearing in its campaigns.

At Tribeca Film Festival, the Oscar winner joined director David O. Russell — with whom she has worked on several projects over the past seven years, including “American Hustle” and “Silver Linings Playbook” — for a discussion. Onstage, Russell revealed that Lawrence was almost not cast in both of those films.

Watch the video below to see celebrities on the red carpet at the 2018 FNAAs.

Click through the gallery for more of Jennifer Lawrence’s red carpet style.