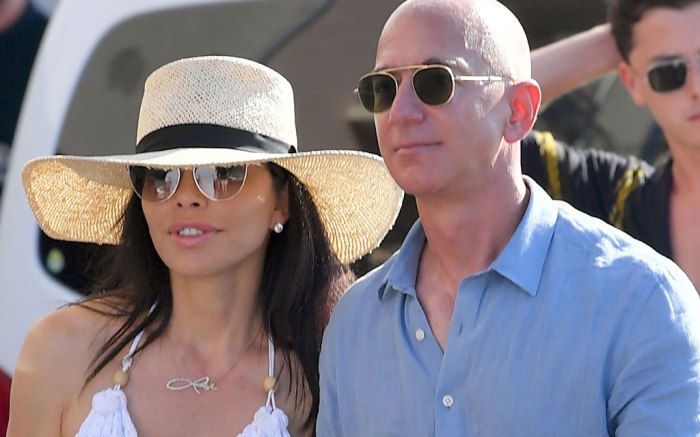 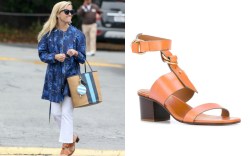 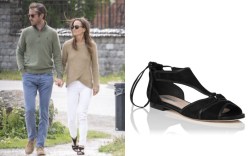 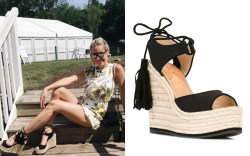 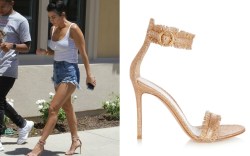 Jeff Bezos may be the world’s richest man, but that doesn’t mean he’s against rewearing his favorite pieces.

The Amazon founder and CEO wore the same Birkenstock-like sandals two days in a row on a trip to St. Tropez with girlfriend Lauren Sanchez.

Bezos was spotted yesterday in a pink T-shirt and navy printed swim trunks, completing his look with his go-to chunky sandals by Prada. Resembling Birkenstock’s Arizona silhouette, the shoes featured a utility belt-like strap with Velcro fastening and a cork midsole. The Prada sandals retail for more than $500.

For an outing on Friday, the e-commerce mogul wore a blue button-down shirt, octopus-print Vilebrequin swim shorts and his favorite vacation footwear. Sanchez had on a white minidress with crochet detailing and strappy brown sandals.

With an estimated net worth of $113 billion, Bezos is the richest man in the world, per the Bloomberg Billionaire Index. The businessman owns more than 58.1 million shares in Amazon (about 12% of its total shares), which he founded out of his Seattle garage in 1994.

Amazon’s streak of record-high earnings hit a snag last month, when the e-comm giant reported less-than-expected gains of $5.22 per share to the $5.56 consensus bet. For Q2, the e-tailer saw a 20% increase in revenues to $63.4 billion.

Watch the below video for highlights from the 2018 FNAAs.